Your Job Shouldn’t Be Isolating

Tim was interviewed for an episode on WNYC's "Money Talking" program 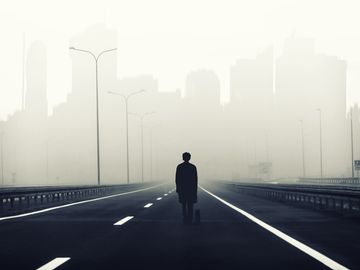 Data is everywhere. And as companies become and more and more data-obsessed, things that can’t be measured — like romance and loneliness — are often ignored.”I’m not against data,” says Tim Leberecht, a marketing and brand consultant at Leberecht & Partners and author of “The Business Romantic” which makes the case for the economic value of things that we can’t quantify. “I’m not against technology. But I think we need to reclaim that space for our humanity that allows us to value things that we can’t measure, that we can’t quantity. We manage much more than we can measure every day.”Leberecht wrote an article for the Harvard Business Review about why making connects at work matters. And he also offers some suggestions for how to start shirking loneliness.

1. Walking meetings. By adding an element of uncertainty to something like a meeting, Leberecht says that employees tend to be more likely open up. At one firm he worked with, Leberecht says they would attach a route with each meeting schedule, so it became a part of the culture.

2. Surprises. Leberecht encourages being your authentic self at work. One way to tap into that authenticity is by inserting something unexpected into a workplace. Etsy, for example, has a group called The Ministry (of Unusual Business) created specifically to shake things up. “It can mean that you meet in a different meeting space, or you do a meeting without an agenda,” he says. “It’s these small rituals, seemingly mundane rituals…that create surprise and that create more intimacy in the process.”

3. Stepping outside your comfort zone. Leberecht co-founded the 15 Toasts series — a twist on the traditional business dinner. Instead of formal introductions, each guest gives a toast on a predetermined theme. The last person to go has to sing their toast. “We had CEOs cry, we had leaders of nonprofit organizations share wonderful stories. And the next morning when these people meet again, the way that they interact is very, very different,” he says. “They hug each other”

Leberecht admits that every additional program or attempt to form a connection should be optional — if an employee is having a bad day, they might not be in the mood to form connections with their coworkers. But he maintains that ultimately, a business is better off trying to engage its employees in meaningful, unquantifiable ways.