Will Virtual Reality Usher In A New Romantic Era At Work?

Becoming mainstream, VR can be a new arena for imagination, empathy and play. 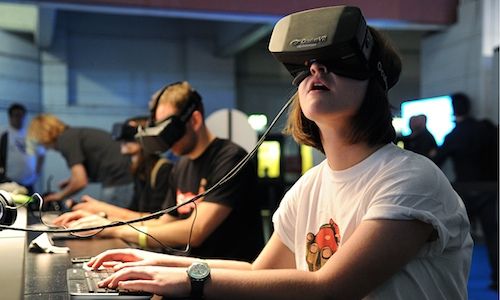 Virtual Reality (VR) has reached the mainstream: several major hardware-makers and content publishers are preparing big mass-market device and content releases in the next few months, from Samsung, Sony, HTC, and Facebook to the Hollywood studios, cable networks, and news media. The New York Times dedicated a whole spread on the phenomenon recently (citing a report by Piper Jaffray investment bank that puts the VR market opportunity at an estimated $5 billion and the hardware component at a whopping $62 billion) and also recently launched its own foray into VR-based journalism with its ownNYT VR app. The new devices will create new ecosystems of apps and entire new service economies, not only targeting consumers but also increasingly the enterprise sector (healthcare, construction, engineering, etc.).

As with any groundbreaking technology, magic does not come without disillusion. For every new ability we gain, an old one will vanish. But unlike more techno-skeptic voices that are wary of technology diminishing meaningful connections in the real world, I mostly see VR as a promise for enhancing our social interactions and capacity for cooperation. VR will certainly attempt to help us solve specific problems (which is welcome), but what truly intrigues me is that it will allow us to play and experiment with multiple identities and build and explore new realities (which is exciting!). Simply put, VR holds the promise that another world, another life is possible.

That is a quintessentially romantic proposition, and I would argue that VR can in indeed usher in a new romantic era: a counter-movement heralding subjective experience in opposition to the idea of a data-based objective truth, in opposition to a binary, technocratic world view that reduces our experiences, perceptions, and identities to a single, linear narrative of logical events.

The world is not flat and linear

The original romantic movement of the late 18th and early 19th century (spearheaded, among others, by the British poets Lord Byron, William Blake, John Keats, and the Shelleys) revolted against the regime of logic and rationality, arguing that these axioms would clip the wings of their souls and impede the full range of their humanity. Since then, the defining characteristics of romanticism have remained more or less the same:

Connecting all these traits is the quest to live a richer life, one that transcends the boundaries of rationality, social norms, and cognitive and emotional consistency, with everyone and everything full of meaning.

Now translate that to VR. It enables us to commute between different, parallel worlds and switch between multiple identities. VR, like art, can make the familiar strange again and create virtual space for our alter egos, actualizing a possibility zone for our desired and imagined identities, for transgressions and transcendence, for small acts of rebellion against the belief that this empirical world squarely in front of us is the only one.

VR adds layers of meaning and context to our lives, and offers us greater thickness, a faster pulse, and more drama in which we can find meaning. VR can help us romantify our work lives, re-enchant our work identities, and build beautiful organizations. It can help extend the territory beyond the map, and, similar to games, not just cater to convenience and instant gratification, but inject friction and delayed fulfillment. These are all romantic characteristics. 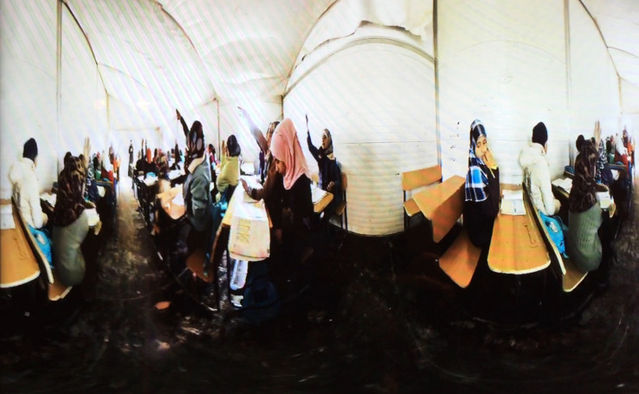 These romantic characteristics also have a moral quality. VR enhances our imagination and designs spaces in which we can connect to the other, or even better, in which we canbe the other and put ourselves in his or her shoes for a limited period of time. Through immersive, personalized experiences we can feel with and for those who are not like us. Through the experience of strangeness, we will feel like strangers—and build empathy in the process.

Neuroscientists refer to the mirror neuron system as the main reason for VR’s empathy power. These brain cells activate when a person carries out an act but also get triggered when it watches another person committing the same act, essentially performing a virtual simulation in the brain — a critical skill for social interaction and learning.

Already, the New York Times used immersive journalism to document the plight of young children displaced from their homes by war and persecution. Earlier this year, the UN produced a VR film that followed a young Syrian girl and launched it at the World Economic Forum in Davos where world leaders and policymakers were virtually transported to refugee camps—a truly eye-opening and emotionally gripping experience. VR can indeed serve as an “empathy machine,” says Chris Milk, who rose to fame with his TED talk this year: “There’s something about this format that touches a more emotional place in the mind and the soul.” 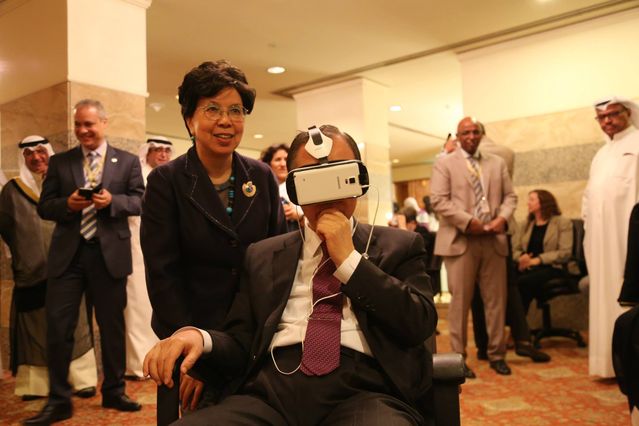 But even without the movie context, VR can possibly effect behavior change and personal transformation. Consider Project Nourished, which addresses eating disorders by allowing users to fine dine without any calories, simulating a sensual tasting experience.

At the workplace in particular, VR will open up new opportunities and help us close the enchantment gap that exists when employees compare their workplace experiences with those as a consumer. Beyond the functional benefit of seamless team collaboration, being virtually in the same room, quasi-in-person, the more exciting scenarios entail changes ofperspective and even identity: working out of an international location for a day or on the beach, swapping roles with colleagues (even your boss), quickly immersing yourself into the world of a customer, or in a virtual simulation of the production line.

VR at work will certainly mean the end of the cubicle, the end of the one-dimensional workplace, and perhaps even the end of traditional workplace interior design as we know it, aside from meeting ergonomic needs. Why worry about natural daylight, office space lay-out, and proximity, when you can program your work place every day according to ever-changing needs? VR will make the office one big co-working space, shared with the world, and all the stimuli of peak performance will be amplified and multiplied exponentially.

What companies must do now

The advent of VR in the workplace will represent a new stage for the experience economy. HR departments must start hiring experience designers, writers, and storytellers; IT department must add some serious VR expertise; and team leaders and executives must become curators of experiences. Every day at work will feel like a conference, every townhall like a 3D version of TED.

VR will expand our work personas and allow us to show up as the erratic, inconsistent selves that we are, as a loose string of project stories, anecdotes, passions, and connections rather than a predictable, coherent productivity machine. As AI and automation show us, we can’t compete with machines when efficiency and productivity are the sole metrics. VR will offer us a new arena for competing on human terms: imagination, empathy, and play. Instead of performing to the standards to exponential organizations keen on maximizing and optimizing every single minute at work, VR will give us room for our exponential, experiental selves, for swooning and meandering, for discovery without immediate exploitation. We can be flaneurs again.

As the German romantic poet, Novalis, once said: “Poetry heals the wounds inflicted by reason.” VR can be our new poetry at work. Let’s make sure we use it to be somebody else, to expand our perspective and not just view the same things through a different lens.