Why We Must Embrace the Oxymoron of Business Romantics

Tim Leberecht is a "business romantic". But what exactly does that mean? And why is it so important for the future of work? 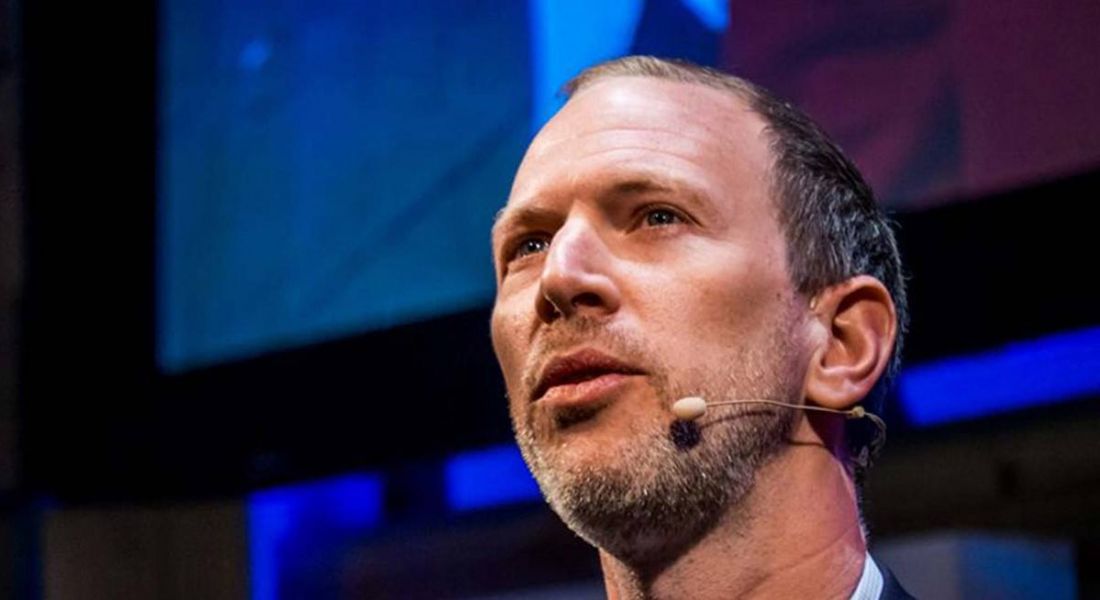 When I first heard about The Business Romantic Society, I was intrigued. It sounded like such a nice concept, especially as we rocket further into the automated future of the working world.

Most of the information is about automation and whether or not robots will take our jobs, while other experts are focusing on the skills we need to progress in the future.

In a similar vein, Tim Leberecht is the co-founder and CEO of The Business Romantic Society, a global consulting network focused on building soulful companies.

The development of the think-tank was sparked off the back of a faux cult-style call to action at the end of his book The Business Romantic, asking readers to apply for membership to his new secret society.

“It was tongue in cheek, but I began to receive emails immediately, hundreds of them, which encouraged me to start the society for real,” said Leberecht. It began as an informal network of kindred spirits and eventually became a company.

On a personal level, Leberecht spent his earlier years striving for that perfect balance between logic and creativity. He studied law first before dramatically pivoting his career into music, releasing two albums – though sadly without much commercial success, he admitted.

“[Then I] went back to earning a degree in cultural studies, before finally ending up in marketing, which struck me as the one discipline that would allow me to best combine my divergent interests,” he said.

“Our mission with The Business Romantic Society is to make business more beautiful by making humans more human,” he said. “We act as a think-tank and platform, creating thought leadership as well as artistic interventions, transformative stories and experiences.”

Leberecht believes that romanticism is an essential ingredient to the future of work despite being stereotypically at odds with the serious side of business.

“It’s almost an oxymoron. Romance seems to be at odds with organisational rigour and social protocol, but at the same time it is an important spark for a much richer emotional experience for humans as consumers and citizens.”

For a lot of people, the future of work is about AI, technology and big data, and Leberecht agrees that these are guaranteed to be key aspects of the future working world, especially with large-scale automation of tasks.

He said entire segments of the job market will morph into digital labour “affecting not just truck drivers and factory workers but also travel agents, stock brokers, notaries and even creative workers”.

‘Humans who can work with AI will replace those who can’t’
– ANDREW MCAFEE, MIT SCHOLAR

However, crucially, this will not be a zero-sum game as some predict, where new hybrid jobs will make up for the loss of traditional jobs.

Instead, manual, imaginative, and relational work by humans will gain in value. This includes jobs such as nursing, caregiving, coaching, therapy or parenting, which Leberecht noted includes a lot of work currently done by women and has, to date, been largely underpaid.

“Artistic intelligence will complement artificial intelligence, and hybrid workers are going to be the winners in hybrid workplaces,” he said. “As MIT scholar Andrew McAfee put it: ‘AI is not going to replace humans, but humans who can work with AI will replace those who can’t.’”

Are we prepared for romance?

We’ve already heard snippets of advice telling us that the characteristics that make us uniquely human, such as creativity and imagination, are what are going to help us thrive in the future of work.

But this way of thinking is at loggerheads with the traditional model we’ve all been used to with super-quantified firms that favour speed, efficiency and data. However, Leberecht is optimistic about society slowly moving away from the belief that the hyper-connected work model is the only option.

“Efficiency is no longer the one overriding principle, and self-optimisation and productivity-at-all-cost have made way to work cultures that emphasise real emotional authenticity (not just ‘transparency’) and deep human connection beyond fancy perks and superficial camaraderie,” he said.

Leberecht also believes that while creativity is a key human skill, even that could one day be automated, at least from a creative problem-solving point of view. Therefore, it is our human feelings and emotions, those which remain unique and mysterious to AI, that we must focus on.

“Machines will do everything that must be done efficiently more efficiently than we can,” he said. “Our brains will be hacked and computerised, our bodies will become smart and enhanced (with more than just one body at our disposal and ultimately leading to immortality, if Silicon Valley gets its way), but our feelings will remain mysterious, ambiguous, complex, and brittle.

“However, what will remain inherently human is our ability to feel, and especially to feel extreme emotions such as love and hate, joy and suffering. They are the basis for hope and imagination, and it’s precisely those qualities – much more so than creativity alone – that are the source for innovation and growth.”

Advice for the future of work

The thought of focusing on our emotional intelligence can be both terrifying and exhilarating in equal measure. It means that which makes us human will make us thrive and that’s great news.

However, it also relies on the work models we know so well to adapt and prepare for this new, more romantic society while still embracing all the data and AI that will naturally come with the future of work.

‘We can make our desires heard and reward human-centered companies with our loyalty and full selves; with our time, commitment, and – as consumers – our money’
– TIM LEBERECHT

Leberecht said everyone can do their part. “Governments and the media need to create the space for a different kind of discourse about these issues and create the conditions in which we can explore and test new, alternative concepts of doing business.”

Additionally, companies are ideal testing grounds for new ideas and concepts that can be adopted, but those companies should prepare for the tough choices they will face between efficiency and quality, between bottom line and culture. “They must think long-term and with human wellbeing in mind.”

Finally, Leberecht directed his attention to the individual. “We can subvert or overtly disrupt corporate protocol and constantly question the status quo. We can make our desires heard and reward human-centered companies with our loyalty [and] full selves; with our time, commitment, and – as consumers – our money,” he said.

“We can be our own little personified mission statements and create mini-movements in our organisations, very much in the meaning of Margaret Mead’s famous words: ‘Never doubt that a small group of thoughtful, committed citizens can change the world. Indeed, it is the only thing that ever has.’”

Tim Leberecht will be speaking at Inspirefest, Silicon Republic’s international event connecting sci-tech professionals passionate about the future of STEM.

This article appeared originally on SiliconRepublic.