Why Emoji Are Romantic and Belong in the Workplace

They take us out of our heads and put us back into our hearts. 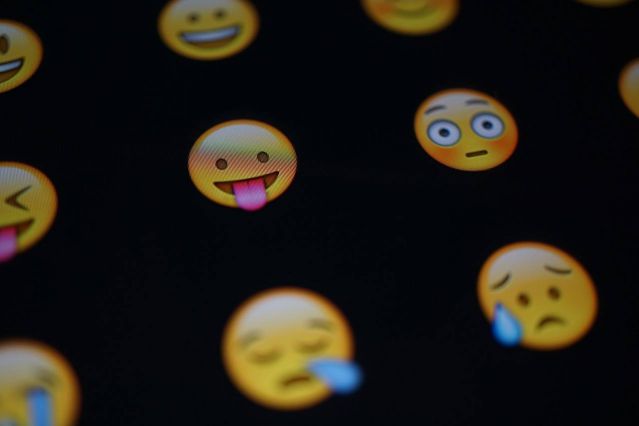 In 1816, a group of English tourists spent the summer at Lake Geneva, in the Swiss Alps. Their single goal was to experience the sublime. The tourists pledged to celebrate the spirit of carpe diem—“seize the day”—and through the written word, as well as copious amounts of alcohol and liquid opium, they sought to establish heightened connections with each other.

The origin of their quest was good old-fashioned rebellion against the mainstream culture of the time: the Age of Reason and Enlightenment. Sparked by the Industrial Revolution, it asserted rationality, efficiency, and pragmatism above all else. The visitors, including Lord Byron, Percy Shelley, and his future wife Mary Shelley (who was working on her novel,Frankenstein, at the time), eventually became known as Western culture’s iconic “romantics.”

I researched the Romantic period for my book, The Business Romantic, which argues that more romanticism is needed in business (and in life). As I learned more about the artists and writers of the era, I couldn’t help but wonder what they might be like if they were able to visit our digital age. While one is tempted to think that today’s hybrid multi-tasker pretty much resembles Shelley’s Frankenstein and that the Romantics could certainly be found using Snapchat (romance doesn’t last forever) and Twitter (ecstatic communication for the sake of communication rather than the bottom line…), one digital format stands out: the Romantics would have been masters of using emoji.

Once upon a time, emoji (“emoticons’ hip, young cousins”) were considered the sole purview of youth, who used the blank canvases of their text messages to furiously touch-type a communication style that interspersed images with words. But emoji have graduated to mainstream use. The increasingly vast array of pictographs gives us a visual lexicon that people of all generations, professions, and backgrounds can use.

When voice-to-voice communication is not possible (or intentionally avoided), emoji offer up the next best thing in the absence of inflection and tone: they add humor, gravitas (yes, this is possible), and give the words we use a richer context. As Katy Steinmetz writes, “Emoji typically add to ideas rather than replace words.” Yes, indeed, emoji help can help us be better communicators—especially at work.

As someone who champions the effort to redefine how we work, and the environments where we do it, I believe that good, creative, and consistent communication is essential to helping us better relate to each other so we feel a greater sense of intimacy and connection, both on the job and off.

Emoji are essentially little simulations of humanity. They create pop-up moments of intimacy—even disruptive moments of connection—that put us back in touch with our humanity. They rescue us from falling prey to the notion that we need to become an “Amabot” (a fully functional Amazon employee…) bent on maximizing and optimizing at the expense of everything else. They add a counterweight to the logic and reason we need but don’t want to be consumed by.

This is why it’s so important for us to infuse the ways in which we communicate at work with creativity, humor—and emotion. And this is why emoji are a valuable pictographic tool.

Emoji are of course close relatives of GIFs, which rose to mainstream fame in the last presidential election campaign. While emojis are signs, GIFs are scenes, richer with action, context, and narrative. A GIF says it all, an emoji remains ambiguous. GIFs make a point, emojis provoke a reaction—that is their whole point. Both are perfect for undermining the explicit, and both are flirting with truth in their own unique way.

Some people may berate emoji as “fake feelings,” as the opposite of authentic communications. Granted, emoji are simulations of emotions, but isn’t any language, visual or verbal? Are they all that different from cave-drawings which quickly captured and communicated a simple message?

Providing a third place between corporate jargon and watercooler chit chat, emoji are a digital form of rebellion against protocol; they allow us to be safely vulnerable, and express ourselves in a more subtle but at the same time more primal way. They take us out of our heads and put us back into our hearts. That’s how we make our work lives more meaningful.☺