Why Being a Romantic Means To Be an Entrepreneur

Are you a romantic when it comes to business? 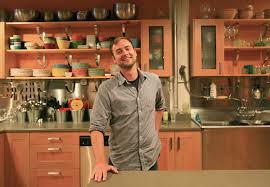 If you hesitate to agree then you’re not alone. In business, we often call someone a “romantic” if we view them as naïve or idealistic, if they are overly optimistic or have outlandish ideas. Sometimes, in meetings, we are told to “stop romanticising.” So we do – but that is a huge mistake.

Romance is not just the quality of one’s relationship to another person, rather, it describes an emotionally rich and highly imaginative way to relate to everything around us. To romanticize means to see the world not as it is but as it could be. It means having the courage to value intangibles, appreciate the journey for the sake of the quest, and know that there’s always more than meets the eye.

In other words: being a romantic means to be an entrepreneur. Like romantics, entrepreneurs start their journey with little or no evidence – only an impossible dream. They are misfits who do not want to conform, and so they must lead.

A need for enchantment

The Romantic movement emerged in the 18th century, led by British poets and writers such as Keats, Wordsworth, and Lord Byron, who felt disenchanted by the age of enlightenment, which had espoused reason over emotion and shunned subjectivity and transcendence from large parts of society.

Today, we’re facing a new form of disenchantment: quantification. Fueled by the data-centric and bottom-line mindset that dominates our work – and increasingly also our personal lives – we strive to eliminate everything that is typically associated with romance, such as surprise, vulnerability, ambiguity, and intense emotions.

We minimize risk in favor of being consistent, fully predictable, and in complete control. With big data and algorithms at our disposal, we can act even smarter and faster. But if we’re not careful, these powerful tools suppress the impulse and imagination which make new things possible.

The antidote is romance. In a world where data allows us to maximize and optimize everything, romance is the ultimate disruption. Romantic leaders know that data provides evidence but rarely the full truth. They appreciate that the most important enterprise of the 21st century is the human heart: as the key to all individual and societal change.

It is important to point out that romance, idealism, and social impact are close relatives but not identical twins. B-corps, conscious capitalism and purpose-driven companies want to do well by doing good, and their leaders are pragmatic idealists.

Romantics pulse with a different heartbeat. Like idealists, they are passionately driven by the belief that another, a better world is possible, but unlike pragmatists, they don’t try to cool down their emotions to achieve their ambitious goals. For the romantics, feeling more – in addition to doing good – is their modus operandi, and creating something that’s not only useful but also beautiful is of primary concern.

This may sound too “soft” for some, but soft qualities are hard factors in business these days. In a recent Fortune survey of 500 executives, more than 60 per cent said it’s often necessary to rely on “gut feelings” and that “the increasing deluge of data is making it even more important to emphasize intangibles.”

The most important idea of a business is indeed the idea on which it is built. Culture-rich and mission-driven co

From lean to deep start-ups

That soul is often shaped in the foundational stories and early days. More entrepreneurs should embrace their venture as a “deep” rather than a “lean” start-up, investing in conviction, culture, and character from the get-go, in an ideal of work and collaboration that allows employees to bring their full selves to work, at the magical intersection of what is the right thing to do and feels good.

Companies are emerging as the new role models: Airbnb, for example, is determined to use the sharing economy for fostering kindness among strangers. Hickies was created by a husband and wife from Buenos Aires who were driven by the desire to reimagine something entirely mundane: shoelaces. Kitchensurfing, an online marketplace that connects chefs and private diners, wants to build community by combining smart technology with the raw intimacy of breaking bread.

Start-up founders are often glorified as the new superheroes, and therefore we must expand our definition of entrepreneurial success. Rather than being masters of resilience, efficiency, and scale, entrepreneurs should be allowed to be romantics who lead us to foreign places and new, uncharted territories. May they serve as the architects of business cultures that model decency and integrity, and in which vulnerability, even human error, is a genuinely human right. May they be the stewards of companies that not only serve or satisfy us, but move us, challenge us, and imbue our lives with meaning.

Tim Leberecht is a writer and consultant and the author of the book The Business Romantic: Give Everything, Quantify Nothing, and Create Something Greater Than Yourself. He is a two-time TED speaker and serves on the World Economic Forum’s Global Agenda Council on Values.

This article first appeared on Virgin.com.