What Your CEO Is Reading: Board Snapchats; Winning Trust With Clowns

Every week, CIO Journal offers a glimpse into the mind of the CEO, whose view of technology is shaped by stories in management journals, general interest magazines and, of course, in-flight publications. 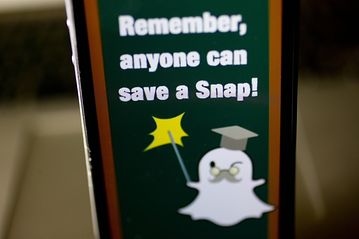 Don’t Snapchat board meetings.  Remember several years ago how executives were encouraged to become active in social media? One idea was that a healthy Twitter feed could help humanize the CEO—as well as the organization. Here’s another suggestion: Please stop. Consider the fate of Rory Cullinan, an executive at Royal Bank of Scotland Group plc, who sent Snapchat selfies to his daughter with messages like “Boring meeting xx” and “Not a fan of board meetings xx” and “another friggin meeting.” Management Todaywrites that his daughter posted the items to Instagram where they were soon discovered by The Sun. Mr. Cullinan is no longer employed at the taxpayer-owned RBS—strategy differences with the CEO, says the FT.  Some think the outrage is a bit unfair.  “After all, a father is surely entitled to send private correspondence to his daughter,” the MT writes, “and who really likes meetings anyway?

Winning trust by showing humanity. Trust in business leadership is at historic lows as time and time again executives are found to fall short of expectations. One way that companies can bring back the trust is by encouraging executives to “fully acknowledge their humanity,” suggests Harvard Business Review contributor Tim Leberecht. The idea is that by showing themselves as just folks, they are better positioned in winning the respect of followers. Besides getting their secret Snapchats published in The Sun, how can executives share their inner-human? Show more emotion, a marriage suggests because “employees value heartfelt moments of connection that meet their needs as social beings.” CEOs should be “be whimsical” too. Mr. Leberecht notes how the CEO of Cirque de Soleil once hired a clown to follow him around and mimic his mannerisms. Ummm…note to CEOs: Please, no clowns!

IPhone Killer: The secret history of the Apple Watch. Wired takes a look at Apple Inc.’s upcoming Apple Watch and the team that came up the Watch’s raison d’être. “Our phones have become invasive. But what if you could engineer a reverse state of being? What if you could make a device that you wouldn’t—couldn’t—use for hours at a time? What if you could create a device that could filter out all the bullshit and instead only serve you truly important information? You could change modern life.” So Apple has created a watch to tackle a problem it created (the ubiquitous iPhone). And meanwhile that watch needs an iPhone nearby for full functionality. Just wow. Coming soon as a case study.

This article first appeared in the Wall Street Journal.