What Refugees Can Tell Us About The Future Of Work

We must develop empathy marketplaces to address a looming mental health crisis. 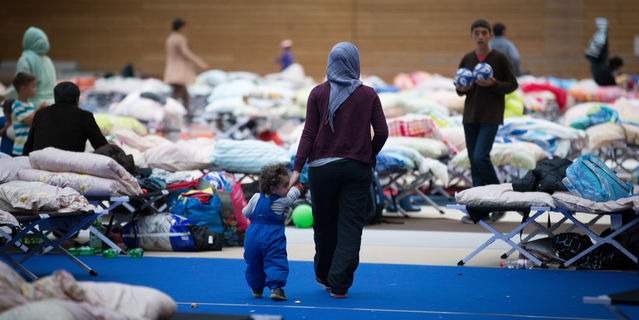 Migration and automation: Western society is facing two mega-trends that will transform the way we live and work in the years ahead. The first sees Europe facing the largest refugee crisis since World War II, with more than a million refugees seeking asylum in Germany alone. This has caused tense policy debates and thrown the European Union into a serious identity crisis, testing its political coherence and supra-national collective willpower. In Europe and elsewhere—and regardless of how differently countries have chosen to respond—refugees fleeing from war, poverty, social inequality, and even climate change, are changing the fabric of our societies.

At the same time, developed nations are confronted with the full force of the “Fourth Industrial Revolution”—the rise of big data, super-computing, and artificial intelligence, which is resulting in widespread automation of work. Research firm Gartner predicts that one third of all jobs in the US will be taken by software or robots by 2025. Oxford University’s study from 2015 forecasts that up to 50 percent of all American workers will be replaced by machines, and a recent study by the White House’s Council of Economic Advisers (CEA) warns that 62 percent of all US jobs might be at risk. Moreover, it is widely assumed that half of all current occupations will no longer exist in ten years, and this does not just include those blue-collar roles with predominantly mechanized tasks.

While new types of jobs will also certainly be created, a realistic outlook cannot ignore the fact that the looming age of automation will also be an age of mass-unemployment and potentially usher in another great depression—both economic and psychological. Without doubt, this new era will have a profound impact on the psyche of individuals and the collective wellbeing of our societies, threatening to undermine the underlying social contract.

In light of this, a growing number of economists and policy scholars advocate the idea of Universal Basic Income, in an effort to decouple income from employment, properly value unpaid or underpaid labor (such as parenting, household chores, or social work), and redirect human capacity to autonomous tasks that give workers a chance to find meaningful work in spite of machine-driven productivity pressures in the marketplace.

At first glance, these two mega-trends—migration and automation—have nothing to do with each other, and it may seem a bit frivolous to compare the plight of refugees, who make the devastating, and sometimes even deadly, decision to leave their home country to face potential poverty, violence, and isolation in a new land, with those losing their employment due to automation. And yet, while the extent of suffering may vary greatly, there are similarities between the two groups that are worth highlighting because they point to a possible scenario for the future of work.

The workforce that will be automated out of their jobs—the “Dispensables,” as the writer and consultant John C. Havens and I called them in our recent SXSW talk, and refugees share a common feeling of being uprooted, unvalued, and unwanted. They are strangers who live on the margins of society. Even if they have the basic-level needs of the Maslow hierarchy of needs covered, they still lack wellbeing, fulfillment, and agency.

A look at my native Germany shows that as many as half of the refugees arriving in the country suffer from psychological issues, according to a study released by Germany’s chamber of psychotherapists. They are plagued by fear and depression, and often suffer from post-traumatic stress disorder. Forty percent of refugees have already had suicidal thoughts, but only four percent of them are currently receiving mental health support.

John and I foresee a similar phenomenon among the Dispensables. Aside from the threat of sinking into the woes of precariat that might be more or less imminent dependent on the strength of the social welfare systems in their respective states or countries, there are the psychological consequences, the stigma of being “worthless,” of no longer being recognized as a valued member of society. Similar to refugees, the Dispensables will lose their sense of purpose, as well as their concept of identity, belonging, and self-esteem. They will exhaust their emotional resources and find themselves in completely unknown territory.

According to a recent survey by Mental Health America, unemployed Americans experience signs of severe mental illness at a rate roughly four times their employed counterparts. The last recession, in which an estimated three-quarters of the 14 million unemployed Americans were out of work for more than six months and half out of work for more than two years, already led to a “silent mental health epidemic,” as some called it. Now imagine if half of the working population is unemployed for a prolonged period of time or even permanently. The result will be a mental health crisis at unprecedented scale.

Work, as we know, is the great integrator, a boon to confidence and wellbeing. TheDispensables will seek their luck by making a living as micropreneurs in the gig economy, just like refugees who want to integrate into society. And some of the job market services currently created for refugees might indeed serve as prototypes for the soon-to-be unemployed, e.g. Action Emploi Réfugiés, a French platform that connects refugees with potential employers. But not everybody will succeed at finding work, and many if not most will undergo critical transitions as they change careers and lives, trying to redefine their position in society while coping with extreme volatility.

This transformation will occur in tandem with the already growing isolation in Western society: according to the General Social Survey, the number of Americans with no close friends has roughly tripled in recent decades, and most people say they have “zero” confidantes. Britain, similarly, is concerned about a “loneliness epidemic.” Mass-unemployment will aggravate this trend, especially among white young men. One only need to look to demagogues like Donald Trump (and the congenial nativist and nationalist movements in France, Hungary, Germany, Poland, and elsewhere) to realize how readily this disenfranchisement, a feeling of being left behind, can be exploited and ultimately lead to political radicalization.

One major antidote to this epidemic is empathy. It’s become a buzzword, lately, primarily in the vocabulary of marketers seeking to truly “understand their customer needs.” However, the kind of empathy we must produce to support the Dispensables runs deeper.

We will need empathy in higher doses, and it may come from a surge in career counseling, mentoring, life-coaching, and mental health support services, as well as a workforce—certified professionals or trained laymen—increasingly adept at “soft” skills such as active listening and coaching. The online mental health sector is already growing fast: from mindfulness apps such as Headspace to behavioral interventions such as Pacifica to psychotherapeutic marketplaces such as Talkspace or Better Help. But new, custom preventive and interventionist models are needed to help the Dispensables foster emotional resilience.​ 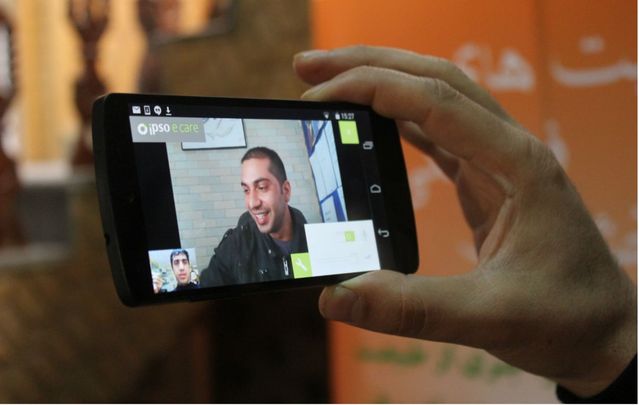 Reverse innovation might show us the way. Humanitarian organizations such as CARE or Caritas have long provided so-called psychosocial counseling to refugees and citizens in crisis regions where they operate: low-barrier, inconspicuous, and culturally sensitive mental health services with a focus on the social context of the individual.

Organizations such as Ipso, which was founded by the German psychoanalyst Inge Missmahl (with whom—full disclosure—I had the pleasure of working), are now turning this approach into an online platform with much wider reach. Having pioneered and successfully implemented its service in Afghanistan over the past 12 years, Ipso recently began to extend it to refugees in Germany. Unlike other organizations, Ipso operates with a two-sided business model. Part academy, part care delivery, it provides in-person and online counseling while at the same time offering a fast-track training program for refugees to become certified peer-to-peer counselors themselves.

A core premise of psychosocial counseling is that shared values and language are important catalysts of understanding, and therefore it helps when the counselor has a similar cultural background. “Again and again we receive the same feedback from our users,” Missmahl says: “They tell us that ‘Because you have felt me I can feel myself again.’ This reconnection to oneself with the help of the counselor is the first step to overcoming the constant feeling of being powerless. It empowers the individual to be the active agent of their integration.”

Ipso has received funds from the German government and the European Union, as well as from the private sector, and one can see this model work with the Dispensables as well. It’s a low-cost, highly scalable solution that creates both empathy and jobs. And it puts humans at the center.

We better get ready

As the example of Ipso suggests, we will likely see the rise of empathy marketplaces where two-sided business models that both employ and counsel those in need will thrive. It is a first step toward addressing the humanitarian crisis that we will face at home as well as the blueprint for human-powered mental health coverage in the age of automation.

You might wonder who is going to pay for all these services as the Dispensables may not have the means. The social welfare state? It will most likely be an alliance of government, foundations, humanitarian organizations, and corporations. Each of them will have a vested interest in maintaining a peaceful society, even if that might not be an obvious priority at this point.

We may be aware of the Fourth Industrial Revolution’s implications for the workplace. Yet at the moment we only have a faint idea of how much it will disrupt the wellbeing and stability of our societies. Now is the time to prepare for the looming mental health crisis before we find ourselves in the midst of a historic mass-depression, with large parts of the population isolated, social contracts eroding, and our democratic societies at risk. Let’s learn from the services launched in response to the refugee crisis and start developing practical and psychological solutions.