At a TED event in London, hosted by Capita, Tim spoke about the role of beauty in creating a more humane economy and work culture. 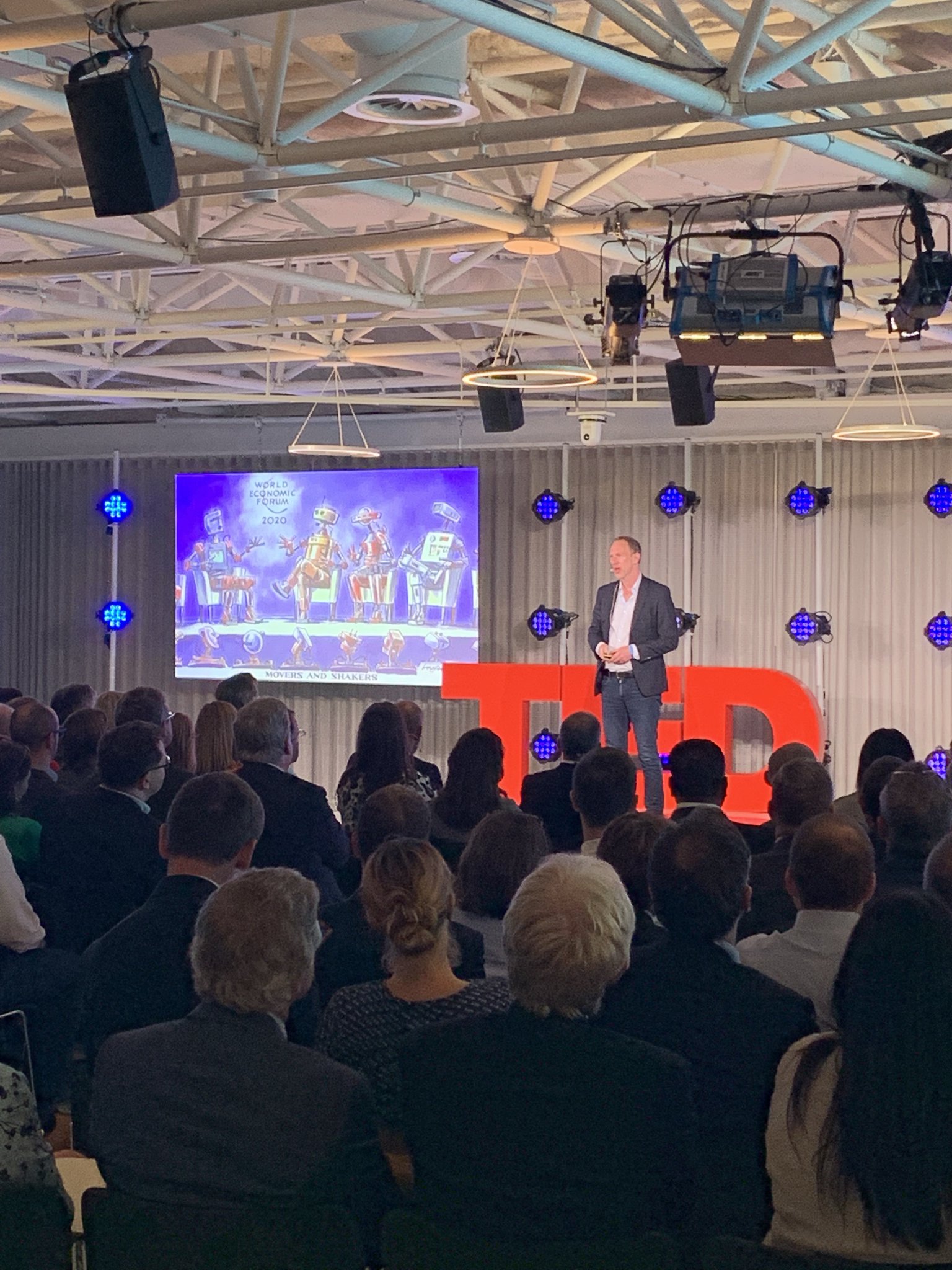 It can sometimes feel like our hyper-connected world is spinning off its axis. Rapid advances in fields such as technology, business, and science mean that the world as we know it is destined to continue its incessant (r)evolution. But remember that advances – even in bleeding-edge areas such as artificial intelligence and digital media – are all still subject to one common force: the humans that invented them.

In an evening of thought-provoking, challenging but ultimately inspiring TED Talks, the UK-based global technology-enabled business service company Capita, in partnership with TED, asked an audience of 500 customers, partners, and employees to reconsider how we use technology as a tool to help empower and enable.

The program was curated by TED’s Head of TV, Juliet Blake. Tim gave the opening talk on “How to Lead Beautifully in an Age of Machines” and had the honor of sharing the stage with Chris Sheldrick, co-founder and CEO of what3words; Anab Jian, founder and CEO of Superflux; Jeff Kirschner, founder and CEO of Litterati; and Amel Karboul, CEO of The Education Outcomes Fund and former Minister of Tourism of Tunesia.