The Romance of: Architecture

This is the first post in a new series in which I examine the state of (business) romance in various industries and professions. 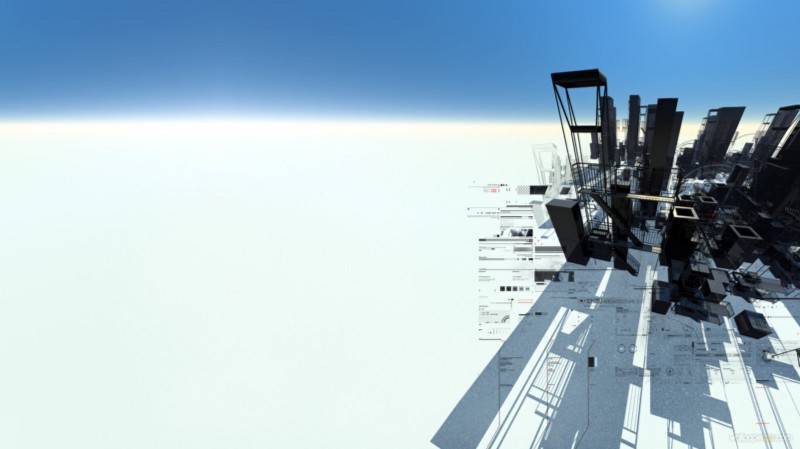 Architecture is my old flame. When I was in college in Germany, many of my friends studied architecture, and they fulfilled all of the clichés: they wore black turtlenecks and angular glasses, read fancy British design magazines like Wallpaper or intellectual discourse publications like Arch+, had a copy of Delirious New York on the shelf next to their bed, went on weekend trips to study some obscure postmodern crematorium in the Alsace, and worked night and day — including the weekends — on mysterious “projects.” They never had time to hang out unless it was combined with a visit to a new facility (“do you mind if we meet in the lobby of this new office tower?”) and often had to abandon activities on short notice to head back to the “studio” because of a sudden and urgent deadline.

This often left me frustrated, but in hindsight I can freely admit that I desperately wanted to belong to that secret society. I revered what appeared to be a unique grasp of both sublime human behavior and brute engineering force. And I was jealous of the confidence with which my friends, the architects, were able to discern what concerned them: “obscene idea,” “poor execution,” “pretentious,” “memorial-porn.” One of my best friends from back then worked for five years on his dissertation on corridors and recently served as the co-curator of the Venice Architecture Biennale.

I remember once visiting the offices of Sir Norman Foster in London, where the entrance forces every visitor to embark on a slightly uncomfortable act of public exposure by cat walking up a long, curved ramp under the curious eyes of the staff that is hanging out in the cafeteria one level up — and then enjoying that same feeling on the top floor of the Reichstag dome in Berlin (also designed by Foster), but in reverse, as I, the ordinary citizen, looked down on industrious German parliamentarians publicly performing their civic duty for me and my fellow taxpayers.

Architecture can heighten our ambient awareness of our identity, and it can both figuratively and more abstractly elevate our experiences. It is the mother of all creative disciplines: interaction design, graphic design, film, prose, poetry, drawing, sculpture, song, symphony, theater, dance — all of it. Architecture is the epitome of the romantic striving that bears the concrete tension between dream and reality, idea and implementation, aesthetics and functionality. “Beauty is the promise of happiness,” as Stendhal wrote, and that promise is most visibly manifest in the built environment.

Value and melancholy of the architect

This rather romantic notion of architecture collides, however, with the current sentiments of a largely disenchanted profession that was hit hard by the recession. While I was chief marketing officer at NBBJ (one of the many “alphabet soup” firms — see HOK, HDS, SOM, KPF, GMP, and so on, which are all named after the initials of their founders), an exceptionally healthy company by industry standards, I observed an ever-so-slight sense of melancholy, and this mood is probably even more pronounced at less successful practices. With the notable exception of so-called “starchitects” such as Daniel Libeskind, Frank Gehry, Rem Koolhaas, or Bjarke Ingels, with their media-embellished bigger-than-life personality brands, signature building styles, and ambitious intellectual agendas, many architects will tell you that the romance is forever gone. Architecture is no longer encyclopedic, and it doesn’t even seem to have such ambition anymore. It is so preoccupied with delivering value that it has become wary of grand visions and expressing its point of view on social and political matters. Neither does architecture seem to have much to say to the tech firms that will shape the cities and spaces of our future.

Not only in alphabet soup circles has the need for ROI (return-on-investment) replaced the deeper ‘why.’ More and more clients commit what Frank Gehry rejected as the ultimate insult: “I don’t know why people hire architects and then tell them what to do.” Much of today’s architects’ work has been commoditized and outsourced, and facing increasing pressure from clients and the broader public to justify their fees, architects struggle to prove their impact and tend to lose themselves in insular debates about their shrinking relevance. No other profession is so charged with proving that beauty has value, but no other profession is also more trapped in its jargon and legacy, not to mention a complex grid of stakeholders.

Architecture exemplifies the universal conundrum of the romantic in any given industry: it is prone to falling from grace at the very moment it is encumbered by the pragmatic requirements of the “system” — whether it is the legal framework or the dog-eat-dog competition raging in the marketplace. The race to the bottom is in full swing, and most firms have only two options: arm themselves with throngs of data to prove that architecture is more than just an aesthetic luxury built on top of robust functionality — or offer more than traditional architecture. Gensler and other larger firms, for example, have begun to offer strategy and branding services, and they are vying for the heavily contested “experience design” space.

Affected by the two major digital disruptions of our time — “Googleization” and “Uberization” — architecture may be a bellwether for the creative industry overall. Although the profession itself appears somewhat immune to the threats of automation, the impetus of datafication is keen on engineering any subjectivity out of architects’ deliverables, on making them fully quantifiable and predictable. Already, computational design is replacing many human decisions with algorithmic ones (from purely functional — sight, sunlight, navigation, air circulation, safety, etc. — to sociometric aspects — social networks, authority, happiness, trust, etc. ), and ultimately, any hint of genius, of artistry and poetry will be suspicious and eradicated. Buildings will be machines, and not gardens. And all architecture will become utilitarian and suburban. The Googleization will break down architecture into a set of atomized features that can be valued in isolation, and designed and built on demand. Architecture will be the sum of all parts, but under no circumstances anything greater than that. It will deliver value, not meaning.

Machines, artists, and the rest of us

Add to this the possible Uberization of architecture, with a direct buyer-to-designer marketplace model bypassing the traditional architecture firm, and the future doesn’t look so golden. Both trends might further consolidate the industry and grow the divide between three classes of architects (and creative professionals, in general): machines, artists, and the rest of us.

Artists are safe because of their unpredictability and charisma. They are so erratic that they can’t be uberized. Their main value lies in their ability to surprise or even to shock. On the other end of the spectrum, though, we might see architects as participants in the gig economy who will take part in projects on demand, facilitated by an online marketplace on the basis of an algorithm that matches demand, skills, and availability. Most buyers want to be safe and prefer a good counterfeit over something truly original. They will appreciate a site that gives them just that: architecture as a catalogue, with the ability to quickly assemble a team that delivers a “me-too” design. Think of it as the Upwork of architecture.

The New York-based start-up Kontor, which has already attracted almost every notable architecture and interior design firm in the world to showcase their workplace designs on its site, is poised to create an online marketplace for architecture. Currently, it still exhibits portfolios of firms, but ultimately, that might change and the site could provide a direct connection between buyers, furniture retailers, and individual architects and designers. It is only a fine line between the project economy, the traditional modus operandi of architects, and the gig economy.

Yet amid all the commodification, the demystification, there is a subversive element inherent in architecture that just won’t get suppressed. It’s almost like a false promise that is being fulfilled, which is, come to think of it, a quintessentially romantic proposition.

You might suggest that nothing is more concrete, nothing more explicit than the built environment. And yet, once it is built, once it is explicit, it magically becomes implicit, ambiguous again: a home for multiple meanings, a container for the abstract and transcendent. The stories of a building will defy standardization. Architecture shows us what is possible, makes real what one can only dream of. It is always literal and metaphorical at the same time, signifier and signified. Even when it is forced to give answers and offer solutions, it still provokes more questions and mysteries. It remains idiosyncratic even in the bluntest attempt to be “objectified.” It just can’t help but raise possibilities and open new spaces. In their spectacular imperfection, the greatest buildings, coarsely crafted by humans, efficiently made by machines, inadvertently still point to something greater than themselves.