The End of Wow, The Beginning of Beauty

The great reckoning presents a huge opportunity: Facebook must transform — and so must we as business leaders 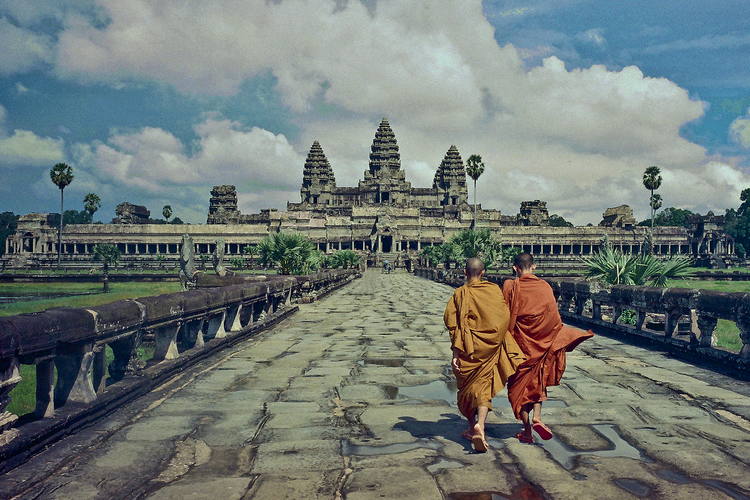 When even in Silicon Valley the future doesn’t look all that bright anymore, it is fair to assume that things in the rest of the business world are not too rosy either.

The recent Cambridge Analytica/Facebook scandal has shattered the data-driven digital economy at its core, both the reigning tech juggernauts and those aspiring to compete or at least catch up with them. While the erstwhile path to utopia was certainly bumpy and not without disappointments, the Promised Land itself appears to be dystopian now. On top of fake news, we are confronted with fake business models (e.g. Theranos) and the false equations of the gig economy that propel an asymmetry between the value creation for workers (who increasingly find themselves in a ruthless race to the bottom) and that for platform owners. As a recent New York Times op-ed by Steven Hillpointed out, Uber, despite its new leadership, still not only threatens the taxi profession, but also congests our city streets and air, and undercuts public transportation. A bad corporate citizen reducing our citizenship to mere convenience, our agency to user experience, is not exactly what the sharing economy had set out do to.

The disenchantment is profound: We dreamt of flying cars and got 140 characters, as Peter Thiel famously stated (we also dreamt of responsible investors and got Peter Thiel — who may be indirectly connected to Cambridge Analytica, according to recent reports). We were hoping for a more connected, democratic world — real human progress — and what did we get? Facebook.

In light of the recent scandal, Yale management professor Jeffrey Sonnenfeldhas launched a scathing attack on Mark Zuckerberg himself, chastising him for arrogance and lack of leadership. But, leadership missteps aside, Facebook may simply have become too big not to fail. Exponential growth has led to exponential problems. To slightly paraphrase Andrew Keen, it turns out that the Internet is not only not the answer, it might very well be the problem.

Consequently, the call for more effective governance of digital platforms, for stricter regulations is gaining momentum. Regulators in the US and Europe have summoned Zuckerberg to testify. Tim O’Reilly calls for restoring trust in our political and societal institutions to reverse our over-reliance on the ‘invisible hand’ of market forces. Martin Reeves and his colleagues from the BCG Henderson Institute reflect on “who’s watching the algorithms” and make an economic case for what they call a “referee strategy.” Others reckon that the problem is not aberrant behavior, but systemic flaws, rooted in what Zeynep Tufekci calls the “Facebook surveillance machine.”

Facebook’s vision has of course always been a contradiction in itself: a connected borderless world, but within the Walled Garden of the company’s “Facebook-is the-Internet” ambition. It’s now becoming apparent that even the underlying philosophical concept might not be desirable. As this riveting exchange between New Yorker technology writers highlights, we are beginning to realize that connectivity might potently spread our deeply human vices and be the disease rather than the cure. What if the assumption that we’re all kind and well-intended was fundamentally wrong?

Carlos Gomes da Silva, the CEO of Portuguese energy conglomerate Galp, recently proclaimed that relationships are our most exponential technology — a beautiful line if you look at in isolation, but a frightening thought if you think about the potential of manipulation, not only by malicious cyberattacks, but the seemingly benign and ‘user-friendly’ psychological stimuli that Umair Haque bemoans when he refers to the “Dopamine Economy.”

“You cannot not manipulate,” I overheard someone say at conference last week, in a subtle nod to Watzlawick’s famous claim, “You cannot notcommunicate” — a statement that is exponentially more relevant in the data-driven digital economy. The Great Persuaders have made way for the Great Manipulators. Product and marketing managers from tech and non-tech firms alike are becoming masterful at the ‘Manipulation Matrix’ that is fueled by algorithms amounting to one big feedback system designed to change our behavior: “Are we all just part of one big A/B yest?,” Sunil Rajaraman wonders.

So where do we go from here?

Let’s make no mistake. We’re facing a fundamental crisis of trust (with trust levels in business already low and stagnant for years, according to the Edelman Trust Barometer), and in order to restore it and re-earn its license to operate, business must over-deliver.

Instead of seeking the next wow, we business leaders must learn how to appreciate the beauty of things that don’t scale, we must celebrate incrementalism instead of exponentialism: small acts of generosity and kindness, humility and honesty, a purpose-over-profit mentality, sustainability and long-term thinking, as well as deep connections with colleagues and customers. The difference between wow and beauty is the difference between useful and precious, between merely engaging customers and truly touching them emotionally.

Let’s start by truly putting them first (note that only drug dealers and IT call their customers “users”), as humans, and not just in our interactions, but our intentions. This implies we design for our their (our) full selves instead of creating ‘human-centered’ experiences based on convenience and efficiency, which, as Tim Wu put it, are all “destination, no journey.” It also implies that we ultimately give our customers full data sovereignty. A first step in this direction are the Open Banking standards in Europe that now require banks to share aggregates of all their customer data with third parties for the sake of a flourishing developer ecosystem and better products for us all.

Moreover, let’s expand algorithmic accountability to algorithmic beauty. Let’s not just deliver but serve, not just ship but arrive. The writer Anand Giridharadas said, “democracy is not a supermarket.” Well, business isn’t either, even though Amazon and other apostles of radical convenience might want you to believe so. Commerce is a social performance, a platform for making deep connections rather than just seamless transactions. As the philosopher and business ethicist Robert Solomon wrote, “market systems are justified not because of efficiencies and profits, but because humans are first and foremost social and emotional beings, and markets provide a sympathetic community for social exchange.”

While corporate work may have been a hamster wheel for many for many years, dataism has now turned it into a rat race for everybody. It doesn’t have to be that way. Let’s liberate ourselves as well as our customers and employees from the iron cage of the Quantified Self regime that aims to track all our data to maximize and optimize all our behavior. Let’s not do the data thing — let’s do what is beautiful and do it beautifully, even if that means defying the data, acting against the data. ‘Don’t be evil’ is no longer good enough, and not even the Golden Rule is. Let’s over-deliver and create beauty with every single one of our actions.

Let’s create organizations that are movements, not machines, vibrant and colorful, diverse and inclusive, especially of those who can’t or don’t want to belong to them. Let’s nurture companies so they celebrate life by fostering rituals rather than processes, and allow for multiple, fluid identities which we can use to perform our dreams and desires in a much wider playing-field.

Beauty is not a feature, it must be the code

In a recent Korn Ferry survey, the majority of CEOs worldwide considered technology to be their biggest asset (the workforce didn’t even make it to the top 5). This is a concerning trend. At the end of the day, any organization’s biggest asset is not technology, it’s not even the workforce either — it is something uniquely human: hope.

Hope is not in infinite supply, as we’re finding out these days, with so many promises broken. Beauty, the writer Stendhal said, is the promise of happiness. For today’s and tomorrow’s businesses, this means: Beauty is not a feature, it must be the code. It must be embedded in every single piece of our software stacks, in every single act of value-creation, in every aspect of our culture, in the way we think, communicate, and gather.

From the dorm room of Harvard, Mark Zuckerberg and Facebook have written history by becoming the biggest social network of our times. Imagine what example Zuckerberg would set if he disrupted his own disruption and transformed Facebook once more into a new guiding star? What if it reinvented itself as a shining example of what a company, in pursuit of its best and boldest version of itself, might look like in this new human-machine age?

What if Facebook were not only an exponential, but a beautiful business?