The End of Winning: How to Become a Successful Loser

Delivered, the magazine of DHL with a global readership of nearly half a million customers, published Tim's article on "How to become a successful loser." 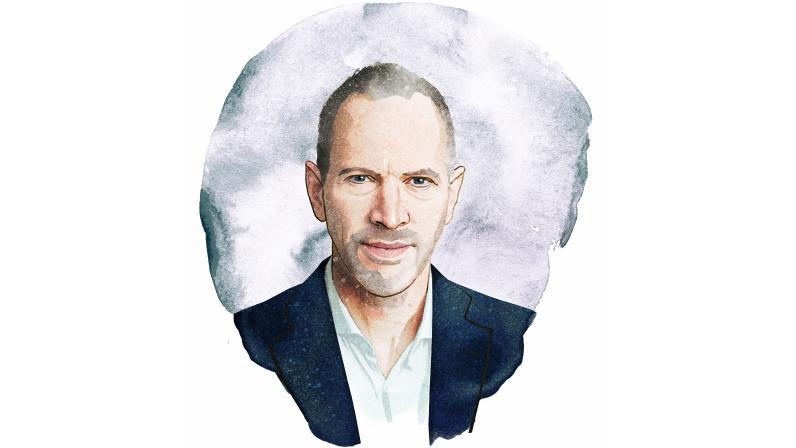 From our earliest days, we are told that there is no good alternative to winning. As kids, we compete for attention in our families, for grades and friends at school, and for victories in sports. Later, as we enter the world of work, we learn we must succeed, or aim for success – which is just winning by a slightly more polite name. Management literature is full of instructions for “how to win a customer,” “how to win a pitch,” or “how to win in the stock market.”

For decades, we’ve been narrowing the space in which people can lose without social stigma. The result is a society that views the “art of the deal” as the highest art of all, where the winners are the best dealmakers, and everybody gets only what they pay for. We have normalized a transactional, zero-sum view of the world.

Losing as our new modus operandi

COVID-19 has served as a stark reminder that, ultimately, we are all losers. It has brought social and actual death to the center of our societies, along with economic damage on a scale many of us had not seen before.

More than one in six young people are out of work due to COVID-19. Young women have been hit especially hard. One in five has stopped work since the onset of the pandemic. Will these jobs ever come back? Who knows, especially given that automation may replace up to 50% of workers in the next two decades. It is fair to assume that, going forward, losing will become our new modus operandi.

We will see many jobs disappear and employment cycles shorten. Many of us will find ourselves at a disadvantage competing for maximum efficiency with ever-smarter machines. Machines simply stop functioning; they can fail, but they never lose.

And yet, as we face losing on a massive scale, we can re-engineer our society to accommodate us, the losers, and be proud of it. The first good news is that we have a policy instrument to address not winning, or at least not right this minute (or before we were even born): universal basic income.

Universal basic income (UBI) means that every citizen, regardless of his or her economic situation, receives the same minimum amount from the state to secure their livelihood.

UBI is not the great equalizer, but it might serve as a great humanizer, by decoupling our societal value and our self-esteem from our economic value, by making the idea of competition less consequential, and less existential. Research shows that people are more inclined to work when their essential needs are taken care of.

“In a world of true abundance, you shouldn’t have to work to justify your life,” as the writer Sam Harris once put it.

With UBI, we can still compete, but it matters less whether we win or lose. Which, in effect, is mostly good news for losers. With UBI, losing is no longer taboo.

Another strategy for losers: Melancholy

UBI may be an effective policy response, but let’s face it, losing is personal. And if we truly want to nurture a culture of losing, it must start with each of us.

This is a rather melancholic posture, and melancholy is alien to a business world dominated by assertiveness and swift action. Melancholic leaders or workers are considered losers! And that’s actually a fair assessment. Because melancholy is the awareness that things are futile, “utterly meaningless!” And, at the same time, melancholy mourns a past that no longer is, yearns for something that matters, something that brings us alive.

Unlike cynicism, melancholy grants us dignity and authorship; it allows us to live in sorrow and use it as material for new creations. Cynicism is a destructive force; melancholy, creative. Cynicism dehumanizes; melancholy humanizes.

It is precisely because the big picture is so pointless that melancholics find the little things so endearing. Small is beautiful. Only with the humility of melancholy can we build beautiful businesses. Or, in the words of Fernando Pessoa, the melancholic Portuguese writer: “Every gesture is a revolutionary act.”

Last year, in a coffee shop in Bernal Heights, a neighborhood of San Francisco, I met Caroline, a self-proclaimed “book doula.” Her job is to help (prospective) authors bring a book into the world. The book doula assists those who are “pregnant with an idea” (who “have a book in them”), develop it, and finally put it on paper. It is work more similar to that of a therapist than that of a ghostwriter.

I met with Caroline to discuss my book project, which at that point was nothing more than a fleeting hunch. Caroline immediately asked the right, probing questions, from a publisher’s and reader’s perspective.

So I was all the more surprised when she, at some point in our conversation – I forgot how it came up – told me about her side job. She is a deathbed singer: a member of a choir that sings the last songs to dying people shortly before they take their last breath. She says she is “summoned” three or four times a month, and her choir goes to the hospital or the home of the dying person and sings only for them.

Sometimes the dying still have the strength to tell the singers the songs they would love to hear, but more often than not the choirmaster has to make that choice. The repertoire of the choir is large and ranges from Schumann’s Lieder to Sinatra’s “My Way.” It is not an easy job, Caroline admitted, and the singers need a good deal of emotional resilience.

The book doula becoming a death doula: It’s rituals like these that help us cope with loss. In fact, any ritual marks the passage from something we leave behind to something new into which we enter.

A humane society is one where we can lose without being losers. A humane company makes losing part of its strategy. A humane person loses with dignity and class, and helps others lose when there is nothing to gain.

Universal basic income, melancholy and ritual. At the societal, organizational and individual level, we have the means to learn how to lose, to learn how to love to lose. To nurture a culture of losing. To change the nature of the game. And no longer play only to win.

All strategies for losers have one thing in common: Only when we are humbled by defeat, when we cede control, when our hearts break, when we lose ourselves, can we do what these crazy times demand of us – and give it all.

This article appeared in the March issue of the DHL magazine Delivered.