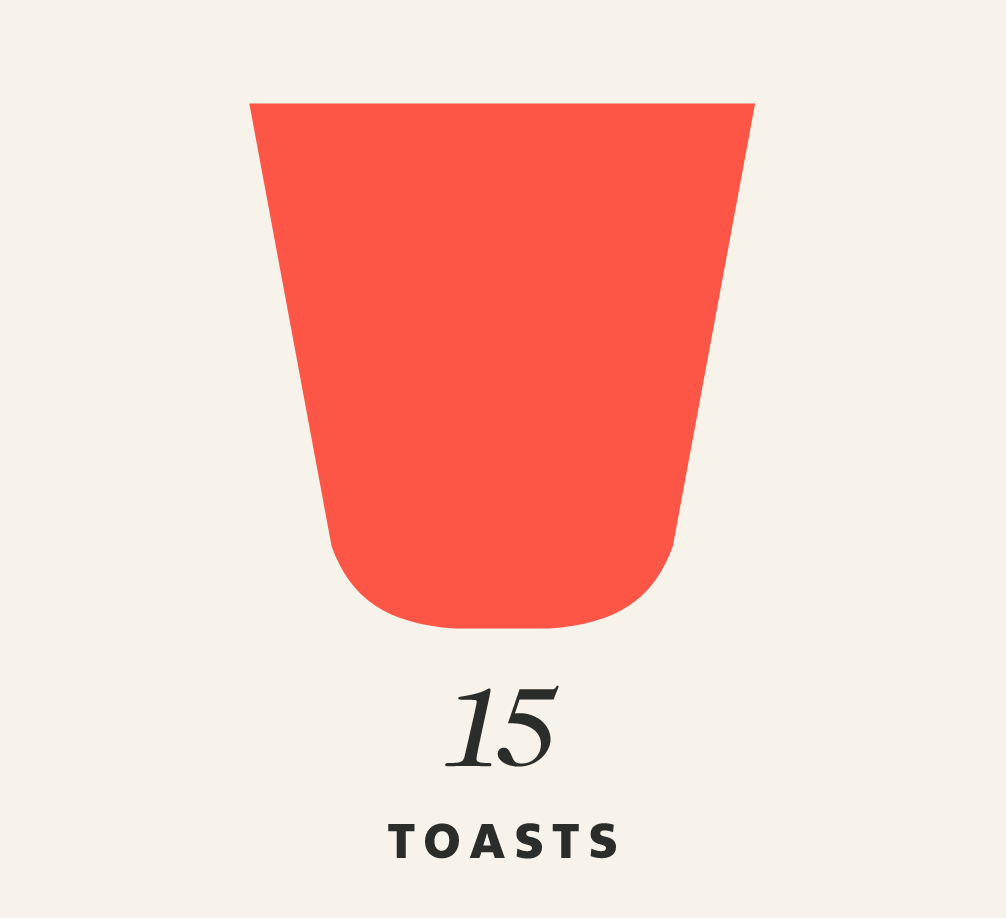 As Kampman begins his article:

“Lately, ‘tables’, as a topic, have come to the table quite frequently. When I was in Portugal, over Christmas and New Year, that happened again. Before heading to Lisbon to celebrate New Year there, I stayed in Alejento’s countryside, just north of the Algarve. ‘Almost getting lost finding the place’ was the way someone described the effort of finding the B&B of Dina and Walter. It couldn’t be truer. Nicely tucked away in orange groves, evergreen cork oak plantations as far as the eye can see, close to the beautiful beaches and amazing cliffs.”

And here is what Kampman says about 15 Toasts:

“Tables not only play a crucial role for Barbara, Tim Leberecht’s 15 Toasts gatherings also revolve around a table. 15 Toasts are dinners that give 15 guests the permission to be vulnerable, engage as human beings in an open and genuine conversation, and surprise one another and themselves, while breaking bread together. The dinners raise awareness of issues that might be too big and elusive to be captured by formal agendas but deserve deep reflection and meaningful exchange. They also are intended to build trust and create spaces where people are able to bring their ‘full selves’ to the table. The concept is simple, yet powerful: while these 15 people have dinner they all need to give a toast to the subject at hand. As a special twist — providing a strong incentive for keeping the round of toasts moving — the last one must sing his or her toast. This adds an element of playfulness that shifts the gathering from formal to informal. A safe place, in company of 14 others.”