Resolve to Be a Business Romantic 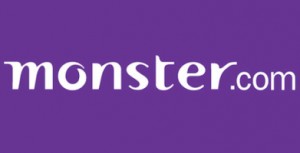 What is a business romantic? We can think of ourselves as sailors crossing an ocean or as teammates with our skin in the game. Romantics know that life’s riches are only realized when we share a history with something greater than ourselves.

This is easy if our work and careers give us satisfaction. But it can be daunting when the middle begins to feel deadening. The business romantic meets these challenges with excess: an excess of attention, an excess of vulnerability and an excess of commitment.

Here are a few lessons in how business romantics engage their passionate core.

Dare to Deliver an Imperfect Pitch
Too many of us spend our careers safely hedging our bets, standing on the sidelines, waiting to see who will win the game. If we truly want to commit ourselves, we must put our skin in the game.

Romantics know this is no easy feat. In fact, earlier in my career, I did everything possible to avoid being perceived as vulnerable. I went into meetings over-prepared, heavily scripted, armed with data and details, ready to address even the remotest concern.

I left many of these meetings triumphant, believing I had garnered strong support. It took me a few years to realize that I was wrong. There was an important difference between “thumbs-up” and “we’re in.”

I had gotten a lot of thumbs-up, but I had often fallen short of gaining real, lasting commitment. My colleagues backed my ideas, but they didn’t really invest themselves in them. They became followers of my idea instead of leading our idea.

We are all looking for an invitation to co-create, co-opt, and co-own; for an opportunity to make something new, no matter how small or insignificant it is in the grand scheme of things. We only truly commit when we are a part of the performance, too.

Today, I try to be more mindful of creating space between my idea and how I present it. I take a few steps back. I edit; I delete. The plans I present are incomplete by design and still fragile. They have loopholes, bruises, cracks. They are so vulnerable that others see an opportunity to protect them, to strengthen them, to make them their own. And this is the moment when commitment begins in earnest.

Get a Fresh Take on the Job Candidate
Just as we business romantics push to make ourselves vulnerable, we also look for hints of vulnerability in the people we work with. We are not interested in their “likes,” we want to know what they love. We are convinced that taste, aesthetics, or shared “cultural capital,” is an important requirement when hiring people.

This is why I recently started asking job applicants to fill out the Proust Questionnaire, just to learn more about who they really are, outside of their streamlined profiles and polished resumes.

The Proust Questionnaire was named after French writer Marcel Proust, who, as a young man, filled out a questionnaire about his personality for a “confession album” of a friend. It includes questions about “favorite heroines in literature,” “favorite qualities in a man/woman,” “favorite virtues,” “favorite poets,” “your idea of happiness/misery,” and other personal matters and aesthetic preferences.

As I used the Proust Questionnaire, it was amazing for me to see how much I learned about the people I might end up working with. Some applicants tried to game the questionnaire and be extra clever and witty, but in most cases you could quickly distinguish a false tone from a true passion.

What is your own version of the Proust Questionnaire? What is your bible of good taste? What are your colleagues’ passions? Make it an imperative to learn about their loves. Show them yours!

Don’t Leave Emotions at the Door
Sometimes, in the dullest moments of dull meetings, when some of the participants rattle off their list of issues or launch a stinging ad hominem attack, a million different film clips may start rolling in the romantic’s head: “What if I suddenly started to cry? Burst into tears? Told them about my secret loves? Would it destroy me? Disarm them?”

In those moments we have two options: we can disengage, or we can commit with our full hearts.

When we disengage, we lock away our most private desires; we slowly kill any hope of finding the thrill again. Every time we disengage, a small part of our love dies. When we make ourselves vulnerable, however, we choose to risk it all. We bring the full range of our emotions, and we throw them right out there, right here, right now.

The next time someone makes a disparaging remark in a meeting, express that your feelings are hurt (in fact, use that exact language). When you learn that someone made a negative comment about you behind your back, confront them, but admit your own vulnerability instead of scolding them.

Tell them that you are committed to making it across the ocean. Together.

Excerpted from The Business Romantic: Give Everything, Quantify Nothing, and Create Something Greater Than Yourself . Copyright © 2014 by Tim Leberecht.  Excerpted by permission of Harper Business, a division of HarperCollins Publishers. No part of this excerpt may be reproduced or reprinted without permission in writing from the publisher.

This excerpt first appeared on Monster.com.