How to Reignite Passion as Your Company Grows

Tim Leberecht, author of The Business Romantic, shares his tips for keeping that startup spark alive. 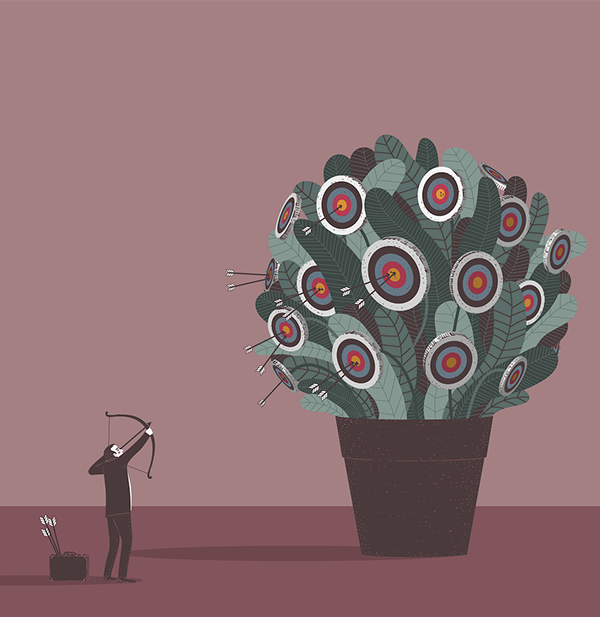 With his new book, The Business Romantic, Tim Leberecht wants to light a fire in the hearts and loins of business people. Everyone understands heart: It’s the passion for mission, customers, or wealth creation that at once motivates and ennobles. Loins are edgier, wilder, a little bit dangerous. Heart is Tony Hsieh. Loins are Don Draper.

“Business romantics” resemble their 19th-century namesakes: artists and intellectuals who championed emotion over reason and the unknown over the quotidian. Leberecht, who has served as chief marketing officer at several leading design firms, believes we need more of them. But romanticism is under assault from technology and its distancing effects; from the quantified-self movement, which sees people as a series of data points; and from a focus on transactions that reduces business to its primitive foundation. Plus, when a company scales, it risks losing the spark that made the startup such a dynamic place to work. Leberecht advises leading in a way that encourages organic, intimate experiences among small groups within a business. “It’s these pockets of romantic experience that give companies their uniqueness,” says Leberecht in a phone interview with Inc. “In many ways, this book is about the beauty of things that don’t scale.” These are a few of his suggestions.

When people first hear the term business romantic, Leberecht says, many assume it refers to a social entrepreneur intent on saving the world through commerce. Certainly a well-defined mission makes work more meaningful, but leaders shouldn’t assume their goals alone will keep employees engaged indefinitely. “I’ve talked to people who work at companies with a prominent social mission,” says Leberecht. “They say, ‘I believe in what we’re doing, and that does help me get up every morning. But I have to admit, I am stuck in this uncanny valley of boredom.’ ” Things like competition and new experiences, on the other hand, can get employees’ blood racing.

Most progressive leaders have been taught the importance of transparency and ubiquitous communication. But Leberecht argues that constantly illuminating every nook and cranny eliminates mystery–as well as curiosity and the potential for surprise. He points to the example of his current employer, architectural firm NBBJ, which has an open, democratic culture, but which nevertheless created a kind of secret society to let its most prolific thinkers explore ideas and tackle problems beyond the scope of the business. And at Frog Design, one of Leberecht’s former employers, some workers kept a secret email list to organize mini flash mobs that spon­taneously entertained their colleagues. “Certainly there are moments when transparency is fruitful,” says Leberecht. “But a sort of dramatized version of secrecy or mystery can be good for the culture.”

Business romantics, Leberecht says, should embrace suffering–not enough suffering to leave scar tissue, but enough to instill a sense of struggle rewarded and sacrifice shared. For example, the occasional race-against-time deadline, though exhausting, can have a revitalizing effect on the organization.

He also advises nudging people outside their comfort zones by, say, regularly changing up seating arrangements, calling employees into meetings at which they may unexpectedly find themselves presenting to a room full of strangers, or even having the CEO and a mentee briefly change places. “It’s about swapping roles, reframing common patterns of interaction,” says Leberecht. “We all know it’s a quintessentially romantic moment when you walk up to a stranger.”

Rekindle your own passion

Entrepreneurs are by definition a romantic species, forever seeking new challenges, new experiences, new passions. Once the day-to-day operations of their startups have fallen into a familiar routine, some may grow bored. It takes work to “constantly try to reimagine your role in an organization and reinvigorate your attachment to it,” says Leberecht. “Finding the thrill and the adventure in commitment is a beautiful idea.”