Is the “Right to Disconnect” a Human Right?

The French law points to bigger questions about the role of work in our lives.

As was widely reported, French workers have won the “right to disconnect.” In other words, their employers can no longer demand they stay tethered to their devices and answer email after work hours. 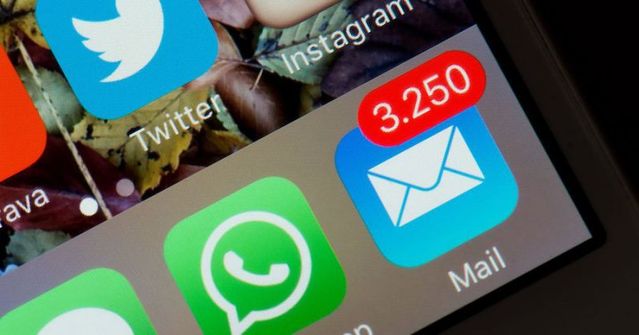 This “right to disconnect” must be seen in the context of other European policies designed to protect the rights of the individual in the digital age: German companies like Volkswagen, for examples, have introduced email moratoriums. Moreover, there is the “right to be forgotten,” established by the European Court of Justice a couple of years ago, that grants every European citizen the right to demand search engines erase their online track records. Most recently, a group of German intellectuals and policy-makers even drafted a European Digital Charter, a proposed Declaration of Digital Human Rights, that has garnered significant attention.

Born and raised in Germany and having lived in the San Francisco Bay Area now for 14 years, I’m still struck by the stark difference in the concepts of privacy and humanism in Europe and the US. It is a cliché but nonetheless very true when we say that in Europe one works to live, whereas in the US one lives to work. In Europe, a responsible, balanced lifestyle—with generous vacations and shorter work weeks—trumps responsiveness; here, it is a well-known fact (and one that Americans might be quietly proud of) that most workers don’t even exhaust their paid vacation days and return to the workplace sooner than required, presumably out of fear that they might have a competitive disadvantage versus their eager colleagues and be viewed as slackers unwilling to make work their number one priority.

And while the phenomenon of digital overload is universally accepted, the responses differ greatly, too: not surprising, in Europe, solutions tend to be more protectionist and policy-driven, whereas in the US a whole market of literature and coaching offerings has emerged that seeks to empower individuals to develop a more mindful relationship to technology, accepting digital distraction as integral to today’s human condition. What is viewed as a transgression in Europe is treated as a managerial task and commercial opportunity in the US: there humanism 101, here Wisdom 2.0.

So can the right to disconnect ever be a universal human right—and should it?

After the news from France broke, some commentators opined sarcastically that in the grand scheme of things, and with an eye on the not-too-distant future, the digitally emancipated French workers will be replaced by robots anyway, who would do their tasks much more efficiently—and with no concern over being constantly connected. For humans to earn the right to be disconnected, they seemed to say, is simply a precursor of humans’ ultimate fate: to be switched off completely. The “right to disconnect” might be a Pyrrhic victory, after all.

It is of course easy to dismiss the new French law and other European efforts as hopelessly nostalgic. But it is worth dissecting the true meaning of the term. Nostalgia comes from the Greek “nostos algos” and means an “aching to return.” It describes a longing for something profound, something essential that we have seem to forgotten in our digital times. This essential quality is nothing less than our being human, and it includes our inherently human ability to be in the moment, relate to other people with passion and compassion, and feel intimacy.

However, it has arguably become daunting to overcome what the writer Alain de Botton calls “the constant challenge of modern relationships: how to prove more interesting than the other’s smartphone.” Andrew Sullivan, in a remarkable essay in the New York Magazine last fall (“I Used to be a Human Being”) bemoans a “new epidemic of distraction” as “our civilization’s specific weakness” and an acute “threat to our souls.”

His reflections support the French (and broader European) effort to protect what is left of our human agency and to reclaim our autonomy. Given that social isolation and loneliness are among the most concerning diseases of our time and threaten to erode the very fabric of our societies, presence is an urgent task and one that goes beyond simply enhancing our individual well-being—it is a broader, social responsibility.

And yet, it is complicated. Connection is such a critical human need that if we don’t get it from humans, our digital surrogates fill in for us. Even work communication is still better than no communication, because nothing is a more terrifying thought than being alone with our thoughts.

On the Conan O’Brien show, the comedian Louis C.K. once elaborated: “You need to build an ability to just be yourself and not be doing something. That’s what the phones are taking away,” he said. “Underneath in your life there’s that thing … that forever empty … that knowledge that it’s all for nothing and you’re alone … That’s why we text and drive … because we don’t want to be alone for a second.”

Indeed, a recent study found that participants would rather receive mild electro shocks than being alone with themselves—at least, it appears, the electro shocks made them feel something.

And this brings us to the heart of the matter. While research regularly states an alarming worldwide disenchantment with work, a lack of purpose and meaning, and widespread disengagement, it is still so much better than the alternative: no work and too much time on our hand that we have to fill ourselves.

As always, the Europeans are more used to staring into the abyss, as proven by the Austrian writer Thomas Bernhard who once observed: “Instead of committing suicide, we go to work.”