Is Arts and Crafts the Answer to AI and Automation?

The original anti-industrial movement may give us some cues regarding the future of work, writes Tim in his column. 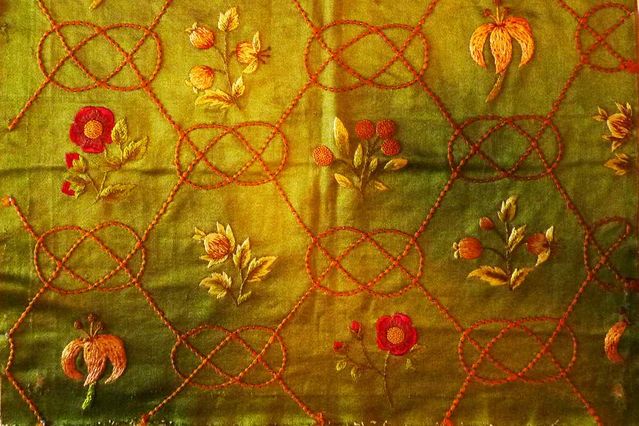 “Suppose people… had few wants, almost no furniture for instance, and no servants, and studied the (difficult) arts of enjoying life, and finding out what they really wanted: then I think one might hope civilisation had really begun.”

So wrote William Morris in 1874. At this point, the first industrial revolution was underway, and its consequences were coming into focus. Automation, irresponsible consumerism, environmental destruction, and economic inequality: many of the problems that concerned the citizens of England back then are ones we’re intimately familiar with today.

But as industrialization raged on, counter-movements gained momentum. The first boycott took place in in Ireland in 1880. In 1890, the United States government passed the Sherman Anti-Trust Act into law, and designated Yosemite as the world’s first National Park, beginning a legacy of conservation. The Romantics, too, were swept up in the allure of nature, which was now accessible to society for the first time as an awe-inspiring novelty rather than a threatening obstacle. Morris himself, by the way, was heavily influenced and inspired by the Romantics, and he even published Coleridge, Keats, and Shelley in the exacting, ornamental style of his publishing project, the Kelmscott Press.

Work and art, cherished as one

Inspired by the likes of Tennyson, Ruskin, and Marx, Morris became interested in the application of art, design, and architecture in achieving a moral purpose. While the masses made their way to the factories, Morris and his companions began to experiment with different models of life and business, prototyping variations of a new society. They literally built themselves a world of high-quality medieval beauty inspired by nature, the value of craftsmanship, and the romance of a bygone age. He is famously quoted as having said that one “should have nothing in [one’s] house that [one does] not know to be useful or believe to be beautiful.”

All this may have fallen to the wayside however, if it hadn’t been for Morris’ polymathic legacy. He gained popularity as a designer, poet, novelist, and businessman, and his influence resulted in the movement which became known as Arts and Crafts.

The full extent of Morris’ vision is best seen in his “utopian romance” News from Nowhere, or, an Epoch of Rest. In it, the protagonist William Guest awakens in a future in which currency is obsolete, forests replace factories, and all human creation is medieval and beautiful. “Work and art are cherished as one, and good folk toil only as they choose, free to inject creativity into menial tasks.”

While one man’s utopia is another one’s hell, the communal dream world he presents in News from Nowhere still has much we can draw from. As we ponder a robotic, post-work world, it seems we’re not far off from a future where “good folk toil only as they choose.” We’re starting to question what will give our lives meaning if or when the structures we have relied on for so long begin to fall away.

Learning to thrive in this new environment would indeed require some of the difficult study of enjoying life Morris once prescribed. Perhaps that will become the new role of work: enabling individuals to live meaningful lives. Whether it involves an independent makers’ revolution or infiltrates the existing system, we may indeed need a new Arts and Crafts movement in response to AI and automation, as Tom Peters suggests.

Yes, we have had an influx of faux-artisan products in recent years (peaking supposedly around 2011), but that represents the polar opposite of what Arts and Crafts aimed to achieve. While Morris knew that large-scale acceptance of the model he suggested could only happen if consumers were willing to pay the “just price” for their goods, the idea that the term “artisan” would be used simply to upsell mass-produced nonsense would surely make him cringe in his grave.

However, backlash against fast fashion, the growing Maker movement, and the rise of the minimalist mindset of “fewer items, higher quality” is evidence that a transition may indeed be underway. Etsy provides an interesting case. While the majority of products are at least semi-handmade creations marketed by their creators, the usefulness or beauty of many of the objects are debatable. Still, one can be confident in assuming that the creation of those objects gave some value and meaning to the people who made them, and that, in the philosophical sense of Arts and Crafts, does have inherent value. Or take the rise of third-wave coffee. It costs a lot, takes a long time, but actually brings joy and meaning to the lives of both those who consume and those who prepare.

This “creation for creation’s sake,” however, is hard to justify in the face of mounting environmental concern, unless we incorporate the value the original Arts and Crafts movement placed on sustainability. While it may not have been expressed as such, Morris and those who followed in his footsteps (such as Gimson, the Barnsleys, and the Guild of Handicraft) cared very much about the environmental impact of their work. They were upset by the short shelf life of London trends and the pollution caused by the newly industrialized factories of their day. When it came to their own creations, they produced fewer items of heirloom quality, chose to use local resources, and were inspired by buildings and objects that fit seamlessly into their environments, all with the complementary goal of providing meaningful occupation. They took design cues from nature, like the Art Nouveau or Biomimicry movements that would follow them.

Since then, our understanding of an industry’s environmental implications has grown tremendously, as has our responsibility. If our goal is to secure a more beautiful future, a new Arts and Crafts movement will have to provide solutions that are both radically inspired and radically sustainable.

A new age of modern Arts and Crafts could be well-suited to a closed-loop or cradle-to-cradle future. It could become part of a model of self-sufficient hyper-local economies similar to the pastoral utopia Morris once imagined, or maybe contribute to an international distribution network based on emission-free infrastructure we haven’t developed yet. It’s true that changes in consumption habits would be required, but there clearly is a need for it.

This new system can also be much bigger than the individual craftsperson creating his or her work. The concept of Beautiful Business is effectively Arts and Crafts at scale: groups of inspired humans working together to achieve something greater than any of them could have done alone, regardless of traditional compensation. Impassioned tribes which understand that work is emotional labor and that business is, in fact, the trade of dreams for abilities. Modern-day craftsmen who embrace their intuition, inefficiency, and humanity in a way that makes them, and the objects of their efforts, come alive. As Tom Peters writes, “Most of our conscious life will be at work. Like it or not. Waste your work life and you have effectively wasted your life.” This is the only kind of efficiency that really matters.

Meanwhile, the more common concept of efficiency will become obsolete. In this new age of AI and automation, the objectives are no longer to create the most, cheapest, and most convenient at speed, for tasks focused purely on optimization will be automated. Instead, the goals are much closer to the top of Maslow’s pyramid: we’re in business because we’re in the business of seeking purpose and self-actualization.

This mindset has at its core the same guiding principles as Morris’ movement:

While these visions of sustainable lives filled with meaning and beauty may seem utopian, Rutger Bregman reminds us that many of the mundanities of today had seemed to be so, too, not so long ago. We will likely witness more change in the next 20 years than we have in the last 300.

There’s no reason we can’t go in a more beautiful direction.

“An Epoch of Rest” by William Morris

“Why We Make Things, and Why It Matters: The Education of a Craftsman” by Peter Korn

“Do Design: Why Beauty is Key to Everything” by Alan Moore

“The New Utopians” by Jeet Heer (in The Atlantic)

Special thanks to Anastasia Linn.