In These Turbulent, Divided Times, Lead With Beauty

...but not in a superficial, "beautifying" way

Over the past few years, I have worked with a number of organizations—from architecture firms to call centers, from tech start-ups to aircraft manufacturers to government agencies and cancer researchers. And the thing that surprised me most was a widespread search for beauty. Many leaders told me how important it was for them to build a “beautiful organization.”

Think of it. A “beautiful organization.” Because beauty is such a subjective, elusive concept, what does it actually mean when we apply it to organizations? And what kind of leader does it require? 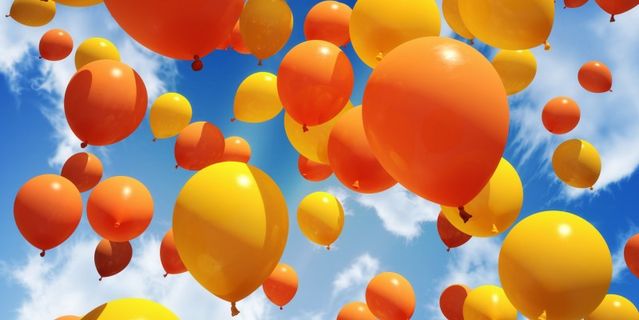 Intuitively, we think of beauty as harmony, and in the case of organizations, as harmony between purpose and capacity. The idea is that if they match, an organization fosters well-being and prosperity—in addition to being successful. Feeling good, doing good, and doing well. Beautiful.

But is Goldman Sachs a beautiful organization? Uber? The CIA? FIFA? Clearly, they all have a strong sense of purpose, and yet, no one would call them beautiful. That attribute seems a better fit for UNICEF, Doctors Without Borders, maybe NASA, Patagonia, Kickstarter, or the local public elementary school.

So let’s approach the beautiful by exploring the ugly. For you could argue that organizations fail not when they lack beauty but when they become ugly. They lose our support when we are not just dissatisfied but disgusted by them.

Leaders in any organization are constantly encumbered by the ugly. Many ignore it. Others address it, by either hiding it or exposing it.

In 1982, the gaming company Atari released its video game, E.T., based on the popular movie. It was supposed to be a blockbuster. Except, it wasn’t. Users hated it. Even today, it is considered “the worst video game ever.” What did Atari do? The company bought back millions of cartridges, shipped truckloads of them into the New Mexico desert, and buried them (fittingly, near the detonation site of the first atomic bomb).

More recently—and in stark contrast—a manufacturer created a so-called “ugly room” as part of its effort to transform a struggling business unit. The company identified all the looming issues that had become obstacles to better performance and employee well-being. They were written down and pinned on a large board, in fact, dozens of boards. These boards then became one big exhibition hall: the “ugly room.” The ugly was made visible for everyone to see.

And then there’s Tolulope Ilesanmi, who calls himself a “cleaner.” He says he “cleans the soul of organizations.” But he also cleans their bathrooms, quite literally. The floors. He says he cleans everything that needs cleaning. He considers cleaning a spiritual practice, and he teaches it as a leadership skill.

George Bernard Shaw once said: “Better keep yourself clean and bright; you are the window through which you see the world.” In our organizations, this begins with our language. It is often ugly. Sterile, banal, or simply tone deaf. Everyday memos and emails are the unsung songs, the poems of the workplace, but not many of us see it that way. No wonder it’s easy to become cynical. And what is cynicism other than proactive ugliness?

This doesn’t mean you have to use flowery language. You don’t need to call firing someone a “graduation,” as the start-up HubSpot does. A former boss of mine, though, as a matter of principle, never used the word “fire.” He didn’t allow any crudeness, anything remotely vulgar, to ever creep into his language. He kept his windows bright and clean. Fashion designer Karl Lagerfeld, who knows a thing or two about beauty, once said that “Sweatpants are a sign of defeat. You lost control of your life so you bought some sweatpants.”

Stay away from verbal sweatpants!

Perhaps we must shift to a new language for leaders: a non-verbal one that is more ambiguous, more fluid. Guy Laliberté, the former CEO of Cirque de Soleil, for example, is said to have once hired a clown to mimic him during meetings. It’s like Shakespeare’s fools—court jesters—or the clowns of traditional Hopi Indian dances who mock the powerful. Clowns are not pretty, but they turn things upside down, shaking them to see what falls out. This is important because things tend to get ugly when there is only one meaning, one truth, no room for ambiguity or irony.

Rise above the bottom line

Leading with beauty means understanding that beauty and ugliness are identical twins. It means honoring the ugly. The Japanese tradition of Wabi-sabi does exactly that. It celebrates imperfection, the cracks, the marks of passing time in materials as the source of true beauty.

To lead with beauty, don’t ask yourself: how can I eliminate ugliness, but: how much ugliness is good for us? For being authentic means being ugly, allowing our full erratic, complicated human selves to show up at the workplace, instead of just “beautifying” them.

The problem is not ugliness. The problem is our ignorance about ugliness. A lack of ability to see the beautiful in the ugly and the ugly in the beautiful. As software is eating the world and automation our lunch, we should pay as much attention to our aesthetic and sentimental education as we are paying to Machine Learning. Because if we don’t, our organizations will end up being neither beautiful nor ugly; they will just be brutally efficient. Life will be unbearable.

As a German, I can say that my native language has the by far ugliest-sounding word for ugly: “hässlich”—which stems from hassen, to hate, implying that ugly means something is simply unlovable. But it also seems to tell us that we make things ugly when we hate them. We do indeed make people—and ideas, projects, and organizations—beautiful when we love them.

Leading with beauty means to rise above the bottom line. It means to insist on wasting time, spending it in no man’s land, and designing thick and intimate experiences instead of lean and efficient transactions. It means to create organizations that are not afraid of the ugly truth, where the ugly is never lonely. Organizations that we love because they are truly authentic and fundamentally human.

The Roman emperor Hadrian once said: “I feel responsible for all the beauty in the world.” So should you.