How to Be Alone With Yourself

As “social distancing” confines us to our four walls, what can we do and from whom can we learn? 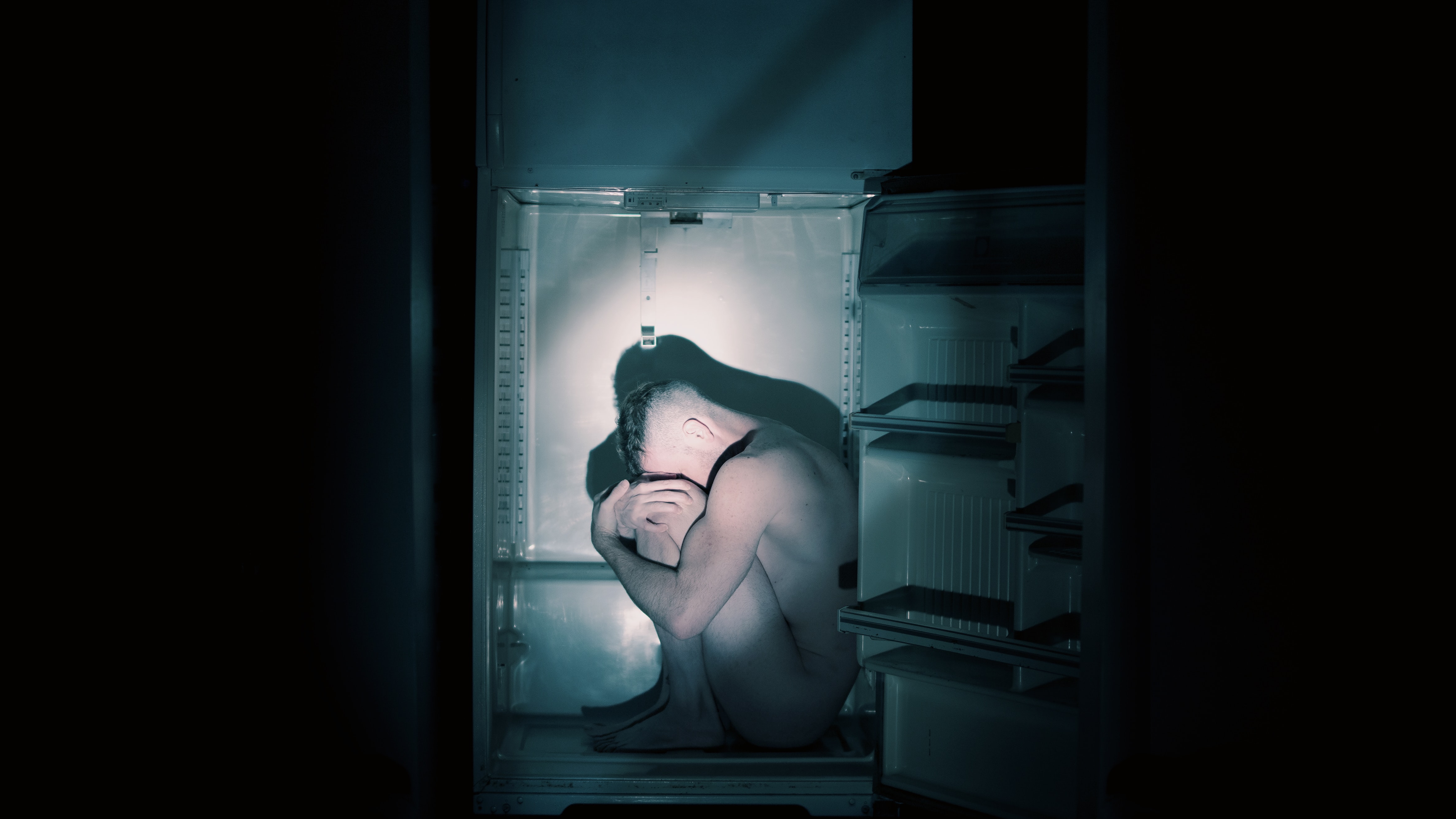 Schools are closing. Cultural life is canceled. Restaurants are expanding the space between tables. In-person contact is discouraged. All of this in the name of “social distancing,” the second-runner in the contest for word-of-the-year (“corona” takes the crown, obviously).

And yet Berlin, the city I live in, is still somewhat in denial. The sun is shining, the spring air is crisp, and people are out and about. Part of it has to do with the fact that the German capital is notoriously indifferent about everything except its own independence and hedonism; in Berlin, dancing on the volcano is as popular as dancing at the (now corona-closed) technoclub Berghain.

However, the more profound reason for the desire to leave the house transcends Berlin’s idiosyncrasies and is a universal truth: even if we aren’t party animals, we are still social creatures.

Hell is no other people

As such, these are difficult times for us. Aside from the economic hardship, social distancing, which should more accurately be called “physical distancing,” as Nicholas A. Christakis points out, comes at a high social cost.

The crisis will not only exacerbate the ongoing loneliness pandemic, it will also shed light on a more general challenge for us humans: we are terrible at being alone, men in particular. A study found that men — in stark contrast to the female participants in the experiment — would rather receive mild electroshocks than be alone with their thoughts. And Pascal’s famous adage that all men’s miseries derive from not being able to sit in a quiet room alone, never rang truer than today. In an age of collective self-quarantine, “hell is no other people.” While the problem was once too much distraction; for a long time the problem will now be no distraction.

David Whyte, the Irish-English poet and philosopher, once observed that humans are the only species on earth that has the ability to reject itself. In other words: while the tree is content with being a tree, the dog with being a dog, we humans always want to transform ourselves, born out of our deep discomfort with being in the world just as we are. So we put on masks, try on different roles and personalities and lives, shape-shift our identities, and pursue travel, ideas, careers, or loves as a way to escape from the disconcerting consistent status quo: us.

This might explain why we’re struggling so much with being alone with ourselves: it eliminates the option to be somebody else.

The most difficult conversation we must be having with ourselves

A silver lining in a time of #CancelEverything might be that conversations are not canceled, as someone wrote on Twitter. True. Some of them will move online. For instance, I have set up daily video calls with my dad, my wife does the same with her parents who live in San Francisco, and with my work colleagues we now host after-work-hours virtual drinks, just so we stay close and have some time for the informal chats that are such a vital part of work culture. Zoom is the new watercooler.

Now is also a good time to strengthen the relationships with those close to us, as in those whom we’re inadvertently or by choice stuck with for the next few weeks: family, partners, or flat mates. A friend of mine told me that he welcomed the shutdown as a “right to be at home” and be more present with his wife and children. That is a privilege of course not shared by those who live alone. Yet without the usual stimuli of work and social outings, even those who are in the physical presence of others will be more often exposed to the feeling of being (metaphysically) alone.

Other conversations will strengthen in meaning and amplitude. I began to call old friends whom I hadn’t spoken to in a while and might not have otherwise reached out to. I’ve also made new acquaintances recently who have become fast friends somehow, perhaps due to a more pronounced desire to minimize the one social distance we can still easily overcome if we want. When the whole world closes down, your heart becomes more open.

Yet the one conversation we’re still struggling with is the conversation with ourselves. Whyte says that this conversation is all about what we expect of the world and what the world expects of us, and that it’s quite shocking how little time we spend at this exact frontier. It frightens us because it threatens to dissolve our hard-earned construct of a meaningful identity. Once we sit at home, alone, doing nothing, we might indeed realize that we’re nothing and that we are no longer adept at filling the existential vacuum of our lives with activity, busy-ness, chatter, play, or pleasure.

Doing one thing — or nothing

So as we are confined to our four walls, staring into the abyss, what can we do and from whom can we learn?

One approach is to devote ourselves fully to work or to a creative project that had been on the backburner for a while. A friend of mine is finally starting her book project in earnest, as her employer asked her to go on voluntary leave for the time being. Another friend has begun to paint. And who knows, some of us might follow the footsteps of Isaac Newton. When in 1665 the University of Cambridge temporarily closed due to the bubonic plague, the famous physicist was forced to work from home, and he came up with calculus and the theory of gravity.

Another approach, however, is to do absolutely nothing. While everybody’s rushing to embrace video calls, virtual conferences, and remote learning, and explore alternative ways of gathering online or launch Facebook solidarity groups, maybe we should rather sit with our thoughts alone, listen deeply, and use this time for reflection and contemplation.

In her bestselling book, How to Do Nothing: Resisting the Attention Economy, (which grew out of this original essay), the artist, writer, and Stanford professor Jenny Odell questions “what we currently perceive as productive.” She urges us to be “in a place, in a body” and writes about “just putting things on a shelf” and other subversive acts of (non)-action like James Turrell’s art. In his “Sky Pesher” room, for example, one can contemplate an isolated piece of sky and observe different kinds of clouds moving at different speeds. Furthermore, Odell recommends birdwatching, labyrinths (as an effective way to waste time and do nothing but trying to end nothing), and suggests that “we reimagine #FOMO as #NOMO, the necessity of missing out, or at least #NOSMO, the necessity of sometimes missing out” and that “we protect our spaces and our time for non-instrumental, non-commercial activity and thought, for maintenance, for care, for conviviality.”

Ok, for conviviality maybe not so much these days, but for maintenance and care there’ll be plenty of time. We can use it to maintain a discerning eye and to hone our ability to have an observant relationship to the world.

Odell’s argument reminds me of a friend who, after a divorce, began practicing a hermit lifestyle long before social distancing became a social norm. She rarely goes out, spends most of her days at home, reads books and listens to podcasts, takes online classes, or simply does nothing but sit on her bed staring at the ceiling. But she has rituals to structure her day and help her navigate the vast emptiness of time. Every morning she goes on a walk, and she told me how she gets ecstatic about the shape of leaves on the tree by her house changing from one day to the next or the spectacle of a sudden, fleeting composition of clouds. (Speaking of which, it is always a good idea to join the Cloud Appreciation Society, but in these times it’s a bigger boon than ever).

Doing just one thing or doing nothing: we will have no choice but to use the coronavirus shutdown as an opportunity to become better at being alone with ourselves. It will help us practice the most intimate and precious experience we can share with another human being once we’re allowed to be social again: silence.

This article was first published by Psychology Today.