From Paying the Price to Receiving the Gift

On rituals and the regrets of the dying 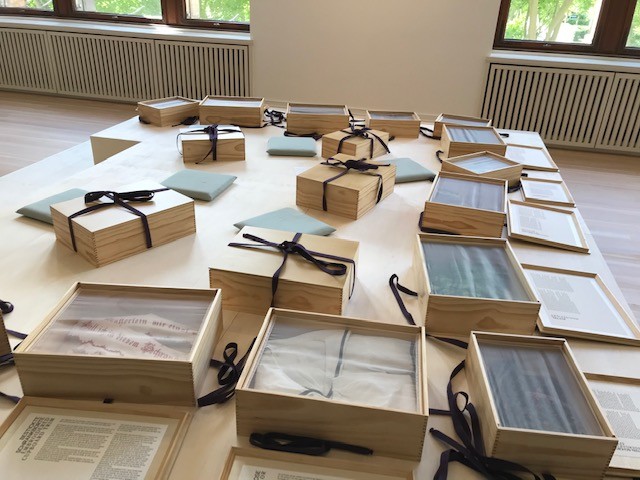 In Berlin, where I live, thousands were marching last weekend to show solidarity with the fight against racism and white supremacy. I grew up in Germany and spent the majority of my life here, but I also called L.A. and San Francisco my home for 14 years. I’m an American citizen through marriage, and I have followed the events in the U.S. in the past few weeks with a mix of deep sadness, anger, and hope.

Germany, with its painful history of fascism, is on the one hand extra-aware of authoritarianism, but on the other hand, like so many other Western countries, blind to the deeply rooted racism in its own society, as Deutsche Welle reporter Chiponda Chimbelu points out in his article on the European reaction to the killing of George Floyd. I am also guilty of this ignorance. In the past few days, I have read articles and browsed the many resources and helpful links on the issue, and I realized how limited and uninformed my views on racial injustice and white privilege are. These are times of change, for all of us.

A couple of weeks ago, I hosted a Living Room Session on “The End of Winning” and the lost art of losing, and it was a rich discussion with a very lively chat. Of course, it is impossible to talk about losing without acknowledging what has unfolded over the past few months. In the COVID-19 pandemic, nearly four hundred thousand people around the world have lost their lives and many millions have lost their livelihoods. The luckier ones among us lost control, certainty, confidence, and ego, while the greatest socio-economic harm of the crisis was overproportionally felt by women (every fifth young woman stopped working since the outset of the pandemic) and people from already marginalized communities.

The murders of George Floyd, Breonna Taylor, Ahmaud Arbery, and far too many others as a result of structural racism and police brutality in the U.S. and elsewhere have made us painfully aware that the game has been rigged all along and that some have been losing for centuries. It makes losing, giving up, for those of us privileged enough to be able to “win” in the first place, not just a new capacity, but a moral obligation.

Moral obligations require moral imagination, and the one I want to inspire with my writing on losing is based on the insight that winning is a temporary identity, while losing makes us human. Eventually, all social fault lines are struggles over winning and losing, and populism in particular attracts those who are most afraid of losing. To create a more beautiful future for all of us, we have to overcome winning as the end justifying all means and the sole way to gain societal value and self-esteem.

In my talk, I presented three strategies to help us become better at losing, as a society, organization, and individual: Universal Basic Income, Melancholy, and Ritual. A humane society is one where we can lose without being losers. A humane organization makes losing a vital part of its strategy. A humane person loses with dignity and class, and helps others lose when there is nothing to gain.

The Regrets of the Dying

Speaking of losing: with the ultimate loss — death — as the starting point, SYPartners and the House of Beautiful Business took the “top five regrets of the dying” to reflect on what truly matters and to what we should, therefore, ascribe value in business. The result of this work, which began at the Lisbon gathering of the House last November and continued with a Living Room Session last month, is now available online: Creating New Beginnings.

One of the desired changes SYPartners surveyed was a shift from “Pay the Price” (“We have to work for money and often lose health, relationships, or ourselves in the process”) to “Receive the Gift” (“With Universal Basic Income our basic needs are supported, and you do not have to give up your life to make a living”).

The Taiwanese artist Lee Mingwei has an exhibition at the Gropius Bau in Berlin on the transformative power of giving and receiving gifts. The show features several in-person and digital performances, one of which, Sonic Blossom — a song received by one visitor the singer selects — reminded me of the 1:1 Concert series by Staatstheater Stuttgart that was written up in The New York Times for the second time (deservedly so!).

In an interview, Mingwei explains his thinking behind Sonic Blossom and why for him a gift is always a ritual:

“One of the five virtues of Confucianism is li, which could be translated as ‘rite’, ‘ritual’ or ‘gift’. So when we say liwu, which means ‘the object of the rite’, it means we always prepare a gift when going anywhere. In Confucianism, the gift is a way of me gratefully saying, ‘thank you’. It’s not about what you can do for me in return. It’s the same with Sonic Blossom: the person who is offered the song has the right to say, ‘I don’t want a song to be sung for me,’ or they could openly receive a Schubert song. Usually, the gift is quickly reciprocated back to the singer and, within a few seconds, the singer is also emotionally moved — sometimes they can’t finish singing because the gift is returned in such a powerful way.”