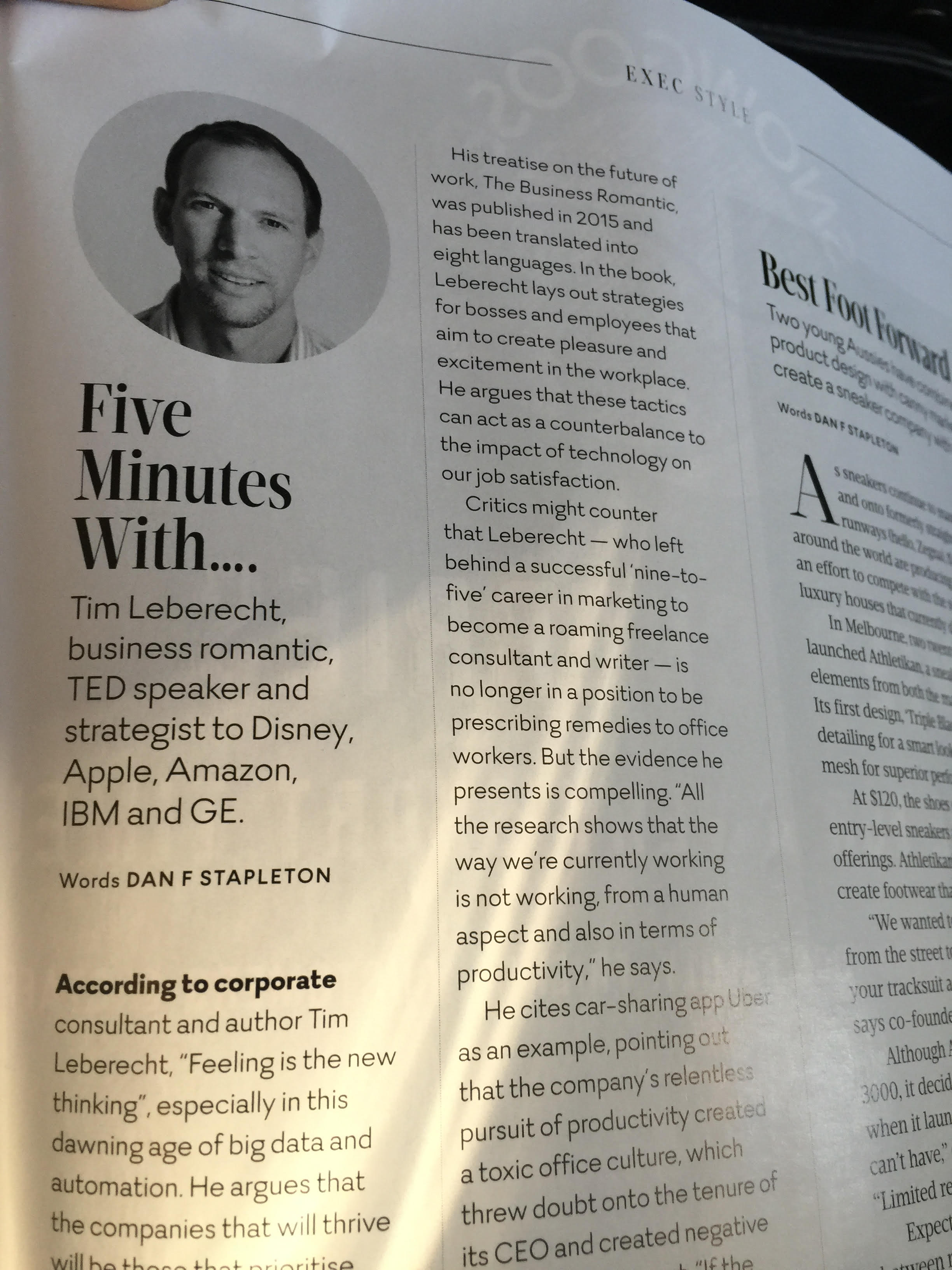 According to corporate consultant and author Tim Leberecht, “Feeling is the new thinking”, especially in this dawning age of big data and automation. He argues that the companies that will thrive will be those that prioritise creativity, individuality and, above all, romance.

“We’re facing a new age of disenchantment,” says Leberecht. “Emotions have, for the most part, been engineered out of our work lives. There’s a need for a new romantic era.”

Leberecht is referring to the Romantic cultural movement of the late 18th century that emerged as a response to the rational Age of Enlightenment. Romantics had faith in their emotions and valued intuition above reason. “Romance is everything you can’t quantify or explain–the belief that there’s always deeper meaning.”

His treatise on the future of work, The Business Romantic, was published in 2015 and has been translated into eight languages. In the book, Leberecht lays out strategies for bosses and employees that aim to create pleasure and excitement in the workplace. He argues that these tactics can act as a counterbalance to the impact of technology on our job satisfaction.

Critics might counter that Leberecht–who left behind a successful ‘nine-to-five’ career in marketing to become a roaming freelance consultant and writer–is no longer in a position to be prescribing remedies to office workers. But the evidence he presents is compelling. “All the research shows that the way we’re currently working is not working, from a human aspect and also in terms of productivity,” he says.

He cites car-sharing app Uber as an example, pointing out that the company’s relentless pursuit of productivity created a toxic office culture, which threw doubt onto the tenure of its CEO and created negative consumer sentiment. “If the leadership is not enlightened and does not believe in the value of a human-centric culture, it’s going to come back to haunt you,” he says.

As for freelancers, Leberecht says the approach will help them, too. “More and more people will become a part of the so-called gig economy in the future,” he says. “And these people will need to find meaning, joy and motivation in their work without the benefit of an employer who sets parameters and goals for them.”

This article originally appeared in the July 2017 edition of Virgin’s Voyeur magazine.