How to Eliminate Distracted, Useless Meetings

Consider the concept of thick presence, which is being present with someone, unplugged and untethered to phones, for several hours at a stretch. 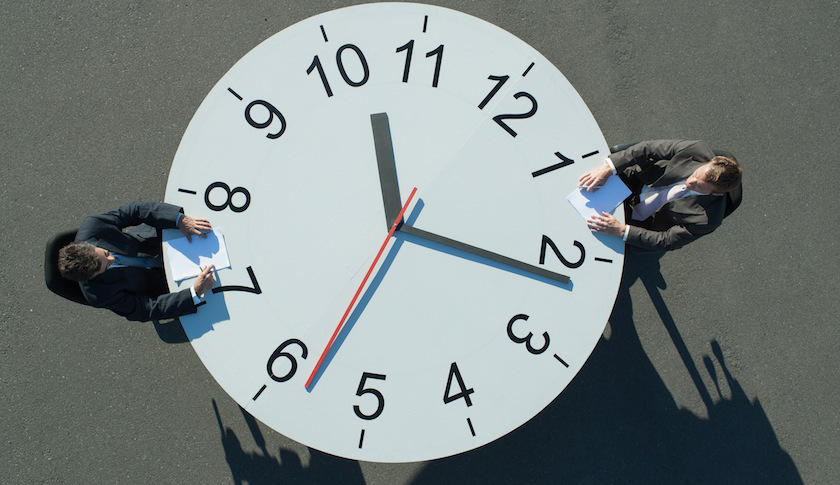 One of my resolutions this New Year is to popularize the term “thick presence.” It sounds lurid, but it’s not.

The phrase isn’t mine—it belongs to Tim Leberecht, author of the soon-to-be released The Business Romantic. But the moment I heard it, I recognized the phenomenon. It describes an effect I’ve experienced several times but couldn’t easily define, let alone know how or why it was so gratifying.

Thick presence is spending several unbroken hours with someone, unplugged and untethered to phones. For a stricter definition, imagine a daylong meeting with one other person to discuss one project—without the interference of email, phones, or other obligations.

I realize this may sound dreadful. The thick presence moments I experienced over the past year went something like this: Meet client shortly after 9 a.m. Have coffee and a pastry. Sit down at a big table amid all the documents and deliverables we’ll be discussing. Chat for a long while then get to work. A few hours in, we order in lunch, stopping only to tip the delivery person and for bathroom breaks. We let the conversation wander into personal territory at times because we are not relentlessly on task—in fact, we’re being very much ourselves. What matters is that for the approximately nine hours we’re together, we are stuck with each other. Stuck in the moment. Stuck with this one item on our shared to-do list, and we can’t call it a day until it’s crossed off.

I’ve noticed that three things happen during these long days. Both my client and I have more energy at the end than we did at the start. Everything that we hoped to do gets done. And difficult decisions we’d dithered on for weeks suddenly become easy to make. Sometimes, in fact, the best answer appears so head-smackingly obvious that we wonder why we never realized it before.

When I described my experience to Leberecht, he said the rare intensity and the “slightly captive” element to thick presence partly explains its effectiveness.

“Kind of like getting stuck in an elevator, and a stranger becomes your new best friend because of the extreme situation,” he added. “We rarely obtain this sense of thickness anymore, because our ever-connected lives are designed for giving us an abundance of exit options for most of our experiences.”

In Leberecht’s view, if you want to forge a deep connection with someone, you’re better off spending 10 non-stop hours together than meeting them 10 times for one hour. It’s the same footprint in terms of total time spent, but the two approaches deliver vastly different outcomes.

Leberecht also believes thick presence is rewarding because it’s actually quite hard—and the amount of effort we put into something often determines how much we value it. “Suffering a little,” as Leberecht puts it—“in this case, spending a whole day together in quasi-captivity and with no distractions”—disrupts our routine in a way that feels valuable. Doing this out-of-the-ordinary thing heightens the sense that the task as well as the people are involved are important.

But why did my clients and I actually get more done? Leberecht believes it’s a function of the risk involved. The probability of getting on each other’s nerves is off the charts. And that’s a good thing. “In thick settings, conflicts rise and escalate faster, which, by the way, is another business argument for thick presence,” he says. “It is an effective incubator and testing ground for ideas.”

Sitting so near each other makes it hard to disguise disagreements—and there’s less incentive to do so. One might as well say whatever needs saying. It’s easier to share a prickly, possibly unpleasant truth when one can cushion the impact with a wobbly smile or a small kindness, even something as trivial as refilling someone’s water glass or getting up to fetch them another napkin.

It’s no coincidence, Leberecht posits, “that conflict resolution often requires the conflict parties to spend face-time together and that negotiations typically do not follow a 9-to-5 schedule. In politics or in business, thick settings force each side to truly ‘see’ the other and their agenda. This can catalyze the decision-making process.”

Perhaps thick presence is best appreciated when one considers the more common alternatives: meetings in which half the participants are tuned out or checking email—all while the other half drones on with self-important status reports; the conference calls that feel like utter wastes of time. Leberecht suggests that instead of weekly two-hour conference calls, collaborators on a project should spend one full day with each other once a month. Participants will take care of whatever the point of the call was, but they’ll also get more. The strengthened personal connections will transcend and outlast the project.

Empathy is required going into thick presence, but thick presence also generates new empathy. It’s a virtuous cycle,” Leberecht says. “I truly believe the world would be a better place if we had Thick Days at work.”

Does this mean that companies should somehow institutionalize this practice? Not exactly.

“What I’m hoping for, though, is that we establish a different mindset that embraces experiences of thickness as valuable and critical ingredients of business,” Leberecht says. “Not because they add up to heightened productivity or directly impact the bottom line, but because they allow us to make our companies more humane and bring our full selves to work, meeting others and ourselves in unexpected, more meaningful ways.”

This article was published by Fortune Magazine.