Davos Debrief: In Resilience We Trust

Impressions from the 2013 Annual Meeting of the World Economic Forum 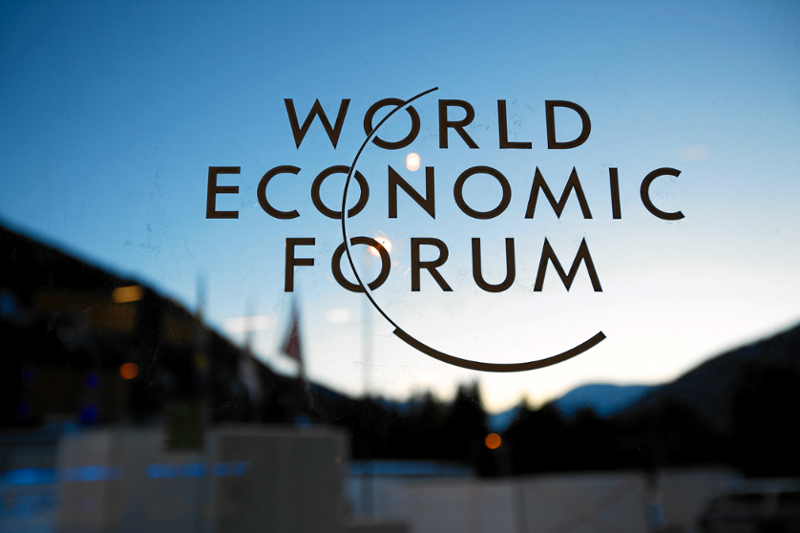 “What is interesting and important happens mostly in secret, in places where there is no power,” novelist Michael Ondaatje writes in The Cat’s Table, and it was a strange coincidence that I came across this enigmatic line on the descent down from Davos, the Swiss ski resort that had just convened some of the world’s most powerful men and women for the Annual Meeting of the World Economic Forum.

The paradox of Davos is that it is both highly public and highly secretive. Relationships and business transactions are on show, as much as they are taking place in back room meetings and private encounters on the peripheries, far away from the glitz and glamour and where the buzzing doesn’t need buzzwords. Davos is the great equalizer and the great divider at the same time. The hierarchies are both formal and explicit (manifest by the color of your badge), as well as situational and subtle, with small smart mobs forming around the most sought-after, both on- and offsite (“one minute you’re in, the next you’re out”), in emotional roller coaster, funicular, and shuttle rides between recognition and rejection, belonging and alienation.

I came for the second year, and for the second year I was badge-less, attending as a member of my boss’s, Doreen Lorenzo, entourage (full disclosure: I also serve on the Forum’s Global Agenda Council on Values). I observed the program from the sidelines, with the humble but notable privilege of being able to partake in many of the social functions. The only way to bridge the inevitable gulf that opened at the beginning of each encounter, each conversation, was with a condensed version of “my story,” because, unlike that of regular attendees, it wasn’t printed in large letters on a white badge that would have instantly legitimized my identity and affiliation. But I suspect I wasn’t the only one feeling vulnerable. Everyone does in a setting like this, and only those who feel at ease with high levels of social discomfort and fully open up to the sway of serendipity will experience the most meaningful “Davos moments.”

Of which there were many, both fleeting and lasting – from private dinners on the Schatzalp, a mountain top that allegedly inspired Thomas Mann’s famed ‘bildungsroman’ The Magic Mountain; to adventurous bus rides with militant skiers and mildly tolerant locals; and silent periods of total exhaustion, shared with dozens of strangers, leaning over laptops in collaborative pop-up office spaces along the ‘Promenade’ (the village’s main street that serves as a catwalk for all of the Davos cast and colorful characters).

Davos is full of stories, of course; it is a multi-layered conversation desperately trying to keep pace with the constantly evolving memes and shapes of our economies and societies, relying on a lingua francathat is dominated by technology and management jargon, as well as a stubborn belief in rationality and in balanced multi-stakeholder solutions. Only recently has it broadened its vernacular and vocabulary to include the language of art (heart), and to juxtapose our biggest societal challenges with a more personal quest for meaning, understanding that the two are as interwoven as the circles of power in Davos.

While the session titles of the Annual Meeting program hinted at these greater philosophical questions, they were only the tips of the icebergs. Yet in the best case, when the fault lines from business, technology, science, politics, religion, and culture converged, they revealed another sort of “magic mountain,” simultaneously elusive and concrete, rich with ambiguity and friction. The best sessions created spaces where avant-garde thinking was rooted in popular demand, elevation balanced with grassroots concerns, and profound knowledge was paired with an unshaken and perhaps naïve belief in “betterness” (Umair Haque) and in positive transformation.

Major themes that emerged during the week were those of the “circular economy” and “resilience,” the latter of which had inspired this year’s Annual Meeting’s theme of “Resilient Dynamism”. The ‘circular economy’ seeks to decouple growth from resource constraints by introducing reverse logistics and heightened consumer awareness. It is not a new concept, but due to the mysterious moods of the Zeitgeist and the vocal presence of evangelists such as Ellen McArthur of the Ellen McArthur Foundation, it garnered significant traction in Davos as a new economic innovation for the business mainstream.

Somewhat related, the rise of “resilience” (propelled by widespread acclaim for Andrew Zolli’s and Ann Marie Healey’s book of the same title, whose release uncannily coincided with Hurricane Sandy and therefore immediately received a lot of media play), describes a set of alternative, systemic ways of rebounding to the whim of forces beyond our control. It signifies a new school of economic thinking that favors nimble, highly adaptive systems over more robust, ‘sustainable’ ones, in a response to irrationalities and externalities that elude traditional categories of strategic planning and management. These systems, according to the economist Nassim Nicholas Taleb, amount to a situation of “anti-fragility,” tolerating just enough inherent fragility to quickly recover from “black swans”, or highly improbable external disruptions. In a similar vein, Said business school professor Rafael Ramirez advocated a more “pluralistic” notion of strategy (reminiscent of Stuart Evans’ model of “super-flexibility” that views strategy as a portfolio of ever-changing planes and gears).

Moreover, among many other topics, there were panels on China’s soft power, on meditation, decision-making, “mindfulness,” “transformative art,” “beliefs that bond,” the “culture of economics,” smart cities, “digital norms”, the “art of leadership,” the “happiness factor,” the “moral economy,” and “objects of culture.” There was also a wonderfully optimistic session on the future of online education that impressed on the audience that we are indeed witnessing a revolution – the impetus is radical, the outcome is unclear. The three big “revolutionaries” in this space – Coursera, Udacity, and edX – were represented, but the true star of the panel was 12-year old Pakistani girl Khadija Niazi, who was interviewed by New York Times columnist Thomas Friedman and shared how online classes on Udacity had changed her life.

The broad variety of issues illustrates the Forum’s holistic view of our global economies, understanding them not only as financial markets but as arenas for sympathetic interactions that foster the very social fabric of our societies. This mindset was further bolstered by the ostentatious inclusion of additional and often marginalized constituents: While there were still only 17% female participants (the same quota as in 2011), women leaders such as Facebook COO Sheryl Sandberg, Yahoo! CEO Marissa Mayer, and IMF managing director Christine Lagarde counted as the most distinctive voices in the program. The Forum’s Young Global Leaders (leaders under 40) and Global Shapers (leaders under 30) communities were strongly involved in the program (encouragingly, 50% of them are women). And the civil society communities all played a prominent role – for good reason. PR firm Edelman’s 2013 edition of its influential Trust Barometer that surveyed more than 31,000 respondents in 26 markets around the world, released during Davos, indicated that civil society actors enjoy higher trust levels than business and politics when it comes to tackling some of society’s most pressing challenges. NGOs, labor organizations, faith groups, and a range of other emerging actors discussed a comprehensive report on “The Future Role of Civil Society” that the Forum presented in Davos; and the Arts communities, represented by such diverse figures as John Maeda (Rhode Island School of Design), Paulo Coelho, and Eric Whitacre, among others, countered economic logic with creativity and intuition.

With business leaders such as GE’S Beth Comstock they explored how companies can incorporate the arts in their leadership and decision-making frameworks, and whether our economies should expand their definitions of value-creation not just by categories of prosperity, happiness, and well-being (all of which legitimate concerns and arguably viable indicators of economic progress, and as such popular topics in Davos), but also those of aesthetics and transcendence. In this vein, Rafael Ramirez suggested we build “attractive organizations” that create beauty, and proposed an “aesthetical view of management” that is based on Aristotle’s concept of phronesis, which is often translated as “practical wisdom.” He asked civil society organizations, in particular, to create positive visions rather than merely providing efficient solutions to problems, and he called upon them to serve as arbiters of meaning.

Apropos meaning. Emerging as a major theme at Davos, it was mentioned by CEOs, NGO and religious leaders, and academia throughout the five-day program – in sessions on values, civil society, and faith. Elif Şafak, the Turkish bestseller author, made a passionate case for ambiguity and doubt to avoid “living in a polarized world.” She heralded the power of the “grey zone” and suggested we add more commas to our identities (“I am a mother, I am a Christian, I love traveling, etc.”) instead of exclamation marks (“I am a Christian!”). Microfinance pioneer and Nobel prize laureate Muhammad Yunus reminded the audience that education must always include an education of the heart, an education sentimentale, and that rather than just acquiring new skills in pursuit of a career, we ought to learn to grow our capacities as human beings in pursuit of a common purpose, or “the meaning of life.”

It is perhaps no surprise that meaning and spirituality enjoyed such prominence this year in Davos, against the backdrop of a fragmented connected age so volatile that it seems to even lack the one historic watershed moment, the one crisis to agree on (as was the case in previous Davos meetings). In uncertain times, all we have is faith. Both religion and the “faith of the faithless,” the non-institutional spirituality, can serve as major individual and societal transformative forces with the capacity to combine private and public lives. Several panels viewed spirituality as part of our human dignity and demanded we reconcile our predominantly rational systems of politics, science, and business with a “sense of wonder” and a new appreciation of “the divine” in order to improve the state of our world. If spirituality imbues respect for “the other,” empathy, and mutual understanding, then it can indeed help foster our economies’ greatest resource in the connected age – collaboration.

Gianpiero Petriglieri, associate professor of organizational behavior at business school INSEAD and chair of the Forum’s Global Agenda Council on New Models of Leadership, consequently spoke in religious terms when he recommended we embrace “devotion” over the much gushed-about “passion.” Devotion stands for a lasting commitment to a conviction, cause, or belief that is less transient in nature and more grounded in a sense of identity and belonging.

And indeed: “What kind of a person do I want to be?” asked theologian Fr. Christopher Jamison in an Open Forum session on “Is Religion Outdated in the 21st Century?” – it will remain the main question for each of the over 2,500 official attendees, the assembled young and seasoned global leaders, far beyond Davos. Constantly reflecting on it may warrant that we follow these leaders, the so-called “Davos Men and Women,” not only to the next management paradigm or the ups and downs of (ir)rational exuberance, but to the creation of a global economy that is resiliently human and engages our complete selves, with head, hand, and heart.

It makes sense then that an artist, the Brazilian writer Paulo Coelho, was the most retweeted attendee, and in one of his tweets he truly nailed the overall sentiment with practical wisdom: “Davos: either too hot (indoor) or too cold (outside). Like love.”

This article was first published by Design Mind magazine.