Are Conferences The Future Of Work? 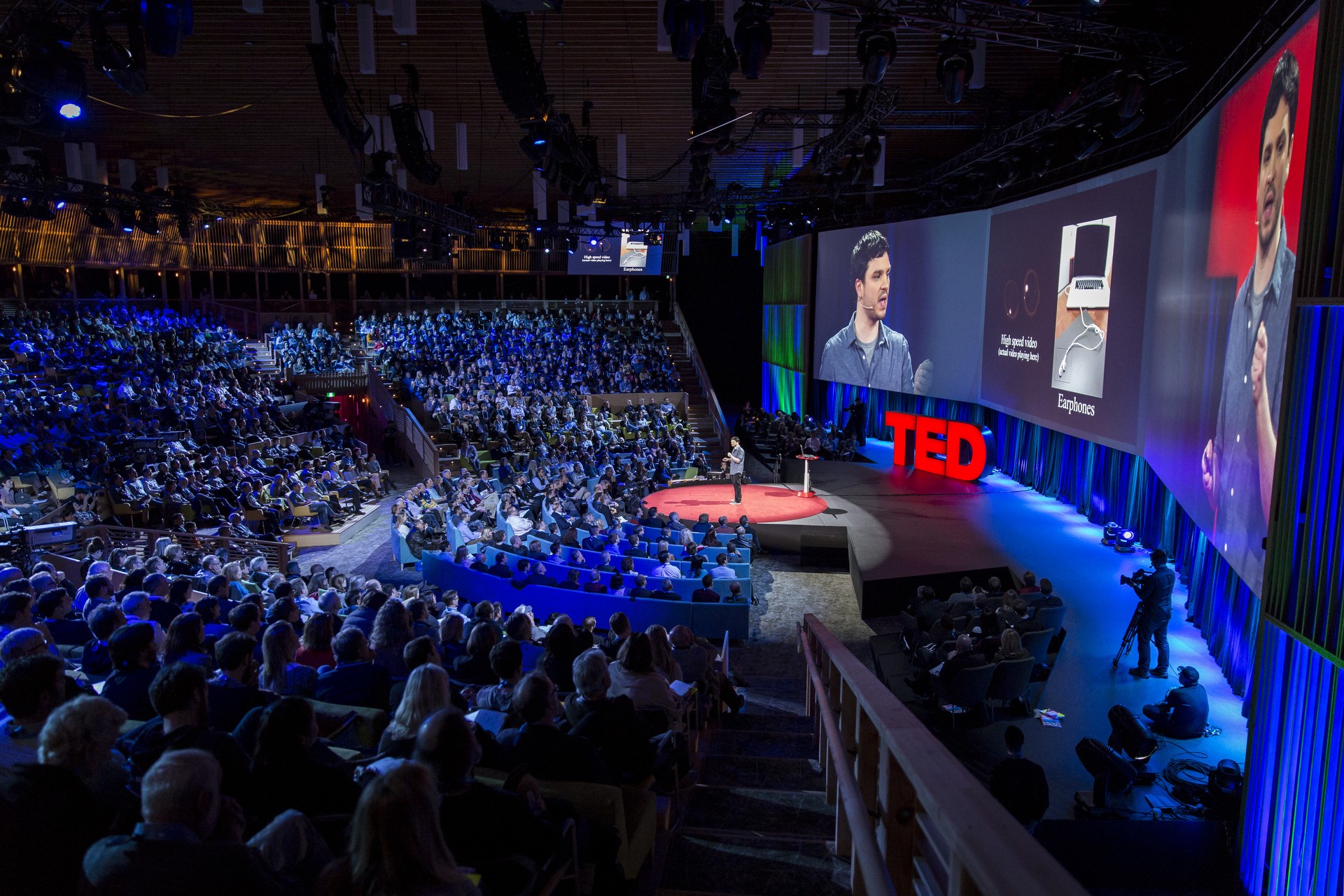 In this digital age, attending real-world conferences is a welcome deviation from hours in the office and an opportunity both for networking and professional growth. While conferences seem to be stimulating us in a way the daily workplace doesn’t, in many ways they are also vibrant large co-working spaces. At a recent Web Summit, many attendees attended a few sessions, but then spent the rest of the time in the lobby intermittently mingling and bent over their laptops. Other conferences like TED offer simulcast lounges to give participants the flexibility to tweet and work while listening to inspirational talks.

If conferences are the new open floor plan, what if we were to apply their most appealing qualities to the actual workplace?

This is more than a thought experiment — it’s a need. As companies are vying for top talent and preparing for millennials to represent the majority of the global workforce by 2020, work must inspire and forge community. The workplace should be carefully designed to offer social exchange, interactive drama and debate, intellectual and emotional stimulation, wow and aha moments, and yes, even entertainment.

In other words, the workplace should be more like a conference, with effective managers emulating the traits of conference curators. Here’s how:

With an increasingly distributed workforce, in-person meetings are becoming infrequent, and often off-site retreats are the only remaining time for leaders to convene their teams and build deeper relationships beyond the firehose of everyday transactional tasks.

Retreats can have a significant impact on company culture and team motivation. But only a few leaders make the design and flow of such team gatherings a top priority. The solution: instead of simply aiming to align around a set of pre-determined outcomes, create an experience that truly touches and changes people, including the hosts themselves.

A recent Harvard Divinity School study — and a conference of the same name — “How to Gather,” explored how effective gatherings manage to create community, and one of its findings was the ability to ensure a “safe space” and grant the permission to be vulnerable. Leaders can take a cue from dinner series such as Good People, Death Over Dinner, or The Dinner Party to create an environment that makes participants feel comfortable about opening up and truly connecting with one another.

Lisa Shufro, a conference curator who is the former executive producer ofTEDMed and the Life Is Beautiful festival, observed: “One thing good conferences do is to lull people into a state of learning. The lighting, the seating, the food, the program, and the schedule all work together to coax you out of your comfort zone and whet your appetite for discovery.” In her view, “Conferences should be like concerts by your favorite band. A powerful experience shared by many that strikes some intimate inner chord in you.”

Whether it is telecommuting or flexible schedules, non-traditional workplaces function best if there is a shared set of values, a communal spirit that inspires and creates a sense of belonging beyond physical boundaries.

Leaders must be adept at creating ad hoc communities, “adhocracies,” that form for a limited period of time around a clearly stated purpose and yet create a lasting bond because the experience, or the memory of it, continues to reverberate.

Conference curators are masters of this. Gianfranco Chicco, who managesSocial Media Week in London, views any conference as “a social movement.” Monique van Dusseldorp, who curates Next and TEDx Amsterdam, agrees: “A successful conference makes the audience feel something is happening that matters, and that they are part of it. Someone who leads a business needs to take his or her team along in the same way. Show them the bigger picture, and how what they are doing will change the world.”

Martin Thoernkvist, curator ofThe Conference, a widely acclaimed international tech conference in Malmö, Sweden, believes conferences are all about “bringing people from different cultures and different disciplines together in one place to expose them to the ‘other.’”

The playing-field for this “otherness,” for exploring and navigating different worlds, just got exponentially bigger with the advent of Virtual Reality (VR) in the workplace, which offers workers not only multiple realities but also multiple identities and stories. Soon, Mark Zuckerberg projects, 40 percent of all our social interactions will take place via VR platforms, those big “empathy machines” that allow us to immerse ourselves in virtual, foreign worlds.

These new spaces will come with a wider cast of characters, and orchestrating their roles will present a complex task. Tomorrow’s leaders must collaborate with avatar programmers, game developers, experience designers, and screenwriters to design for work as an immersive, curated event.

The more virtual and flexible work becomes, leaders ought to create, identify, and curate compelling programming to keep their audiences engaged.

Conference organizers know how to curate content that is “immediately relevant to the audience while avoiding the pitfall of the obvious and well-known,” as Chicco puts it. They serve as storytellers who can weave together individual story lines.

Emerging disciplines such as “quantum storytelling” (which recently convened for an inaugural Big Story conference) have begun to formalize this thinking, and conversation-and story-based collaboration platforms such as Slack are establishing it as part of the new social corporate culture. A growing number of companies have created the position of “chief storyteller” and hire journalists (or even novelists) to curate the individual stories of an organization into one inspiring collective narrative.

It has also become fashionable to ask “what would your TED talk be about?” and use the popular 18-minute format as a catalyst for shaping one’s organizational story and unlocking institutional knowledge. Capitalizing on this insight, TED, the mothership itself, has launched the TED Institute as a way to take TED inside big corporations. Boston Consulting Group, UPS, and IBM, among others, claim that hosting their own mini-TEDs has boosted knowledge sharing, thought leadership, and employee engagement.

By providing a framework for the unexpected to occur, conferences offer an alternative to algorithmic recommendation engines and the mostly linear processes at work.

Bruno Giussani, the European director of TED and curator of TEDGlobal, believes that “People want to get exposed to things that don’t pop up in their daily work lives and find business opportunities through serendipitous encounters. So think expansively when programming and leave enough space for serendipity.”

Networking breaks are safe spaces for meeting “qualified” strangers. Where else do you have the permission to walk up to someone you’ve never met before and start a conversation without it being awkward?

Shufro is convinced that “It’s not the big names on the stage who make a great conference — it’s the little, serendipitous moments of meaning.” In fact, she says, “The breaks might just be the most important part of any conference! I think a lot about creating small connections that will build exponentially over time.”

At the workplace, too, leaders must design for the breaks, the small moments of attachment. Shufro believes that, “Like a good conference curator, the work of a good leader is invisible. You’re looking for a quality of effortlessness.”

The gathering format perhaps most relevant for today’s millennial workforce is the un-conference. Ironically, it is the 35-year-old Renaissance Weekend, the granddaddy of ideas festivals, which over the course of more than 100 events pioneered and perfected the un-conferencing concept long before it became known as such. Established and confident in its style, the series is young at heart, quirky, and insatiably curious.

Alison Boyd Gelles, executive director at Renaissance Weekend, believes that her events’ central tenets apply to business, too: “Shed more light than heat, everyone can learn something from everyone else, nobody has a monopoly on wisdom, and relationships are as critical to genuine understanding as are ideas.”

Consequently, at Renaissance, every guest is asked to give at least one lecture, participate on a panel, or moderate a discussion. Everything’s off the record, and while there is a tightly curated program, there is plenty of room for spontaneity and flow.

Work can and should be like that, too. Conversely, this also means that leaders, like conference curators, must be comfortable with giving up control and learn how to live with the uncertain and unexpected. A talent for improv is critical for any leader who wants to thrive in an ever more complex, fast-moving, and ambiguous work environment.

“In business, every day is an event.”

The stakes have gotten higher for curators and business leaders alike. As Shufro points out, “There’s no excuse for a poor event any more. And in business, every day is an event.”

TED’s Giussani said: “A conference is a discrete moment in time when a group of people entrust a curator with a few hours of their time and attention. That’s of importance, for time and attention are the most precious resources: once they are given, they can’t be taken back and can’t be restocked. So the task of the curator is to make the best possible use of that time and of that attention.”

This sounds like a good maxim for business leaders, too. Like conferences, work must be quality time, any time.