9 Ways To Be Happier At Work 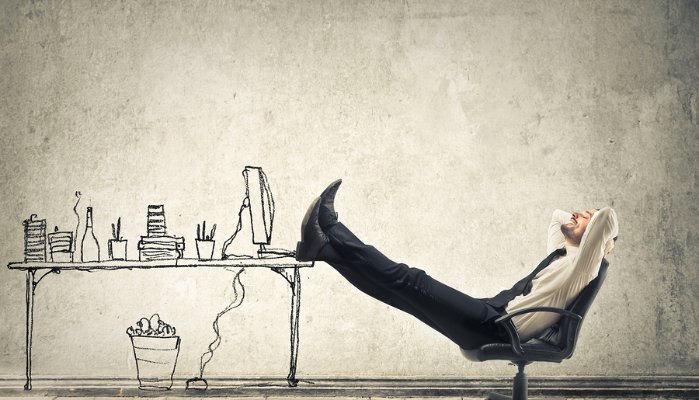 As the year winds down and the constant thrumming of the workday has relaxed a bit, it’s a perfect time to reflect on the year ahead and the direction you would like it to take. Whether you have a formal custom of creating New Year’s resolutions to greet January 1st, or simply abide by a mental list of objectives to get around to, I challenge you to consider one goal for 2015: be happier—at work.

We tend to create resolutions for the New Year because we’ve pinpointed something about ourselves we would like to improve, or identified a skill we’d like to possess. Committing to being happier at work is a much more amorphous goal than, say, losing 10 pounds or learning Italian. It may seem very challenging, given all the external factors we face on the job. Not everything is in our control. But the choices we make on a daily basis—even the little ones—can make the difference between a positive year (even with all the ups and downs we inevitably face) and a bleak one.

I propose that there are nine activities you can incorporate into your workday routine to give you more perspective, become a better problem-solver, and help you build the personal relationships that will keep you motivated. These activities won’t necessarily lead you to a greater rate of productivity (we aren’t robots) or total bliss, but I believe they will make you happier.

Creating a morning ritual means starting your day on a positive note—one that will continue to reverberate throughout the day. It need not take a lot of time. A consistent activity that is meaningful to you creates a force field of calm that can help you tackle stressors of any shape and size as they pop up at work. I, for one, begin every workday by creating a list of the day’s to-do’s in my Moleskine notebook, interspersed by random catchy lines and aphorisms that come to my mind, some of which I tweet. Even before I take the first call or have the first meeting, I have found my voice.

2. Set a goal with a visual cue

If you set career goals for yourself at the start of the year, the everyday chaos of work can intrude on the time you’ve designated to chip away at them. But when you surround yourself with a visual cue, you have a tangible reminder to take a daily step toward your goal. The important thing to remember here is that steps add up to strides, and strides become a distance at which you’ll marvel when you realize how far you’ve come. And what happens when you finally reach a goal? You feel good.

3. Socialize with your co-workers

Most employees don’t typically rate their jobs as their most favorite activity. In fact, it’s down there with being sick at home with the flu. But a surefire way to boost your happiness at work is to make the time to interact with co-workers. Most businesses recognize that when it comes to the customer experience, the power of casual micro-interactions, like small talk here, a fleeting smile there, can make a big difference. It’s an important principle to apply at work. Intentional interaction with fellow employees might be an imposition on your productivity for the day, but only if you don’t plan for it. And when you invest the time to cultivate a support network on the job, it will pay dividends during those times when you need to lean on it to get through a rough patch.

A positive outcome on the job is most often the result of a lot of hard work and effort. But in that process, there is something to be said for “letting go” in order to be open to a lighting strike of insight. The Chinese concept of “wu wei” is similar to the concept of flow—that period of heightened productivity during which you are so enthralled by the task at hand that time seems to stands still. Edward Slingerland, a Professor of East Asian Studies, said: “Our culture is very good at pushing people to work hard or acquire particular technical skills…But in many domains actual success requires the ability to transcend our training and relax completely into what we are doing, or simply forget ourselves as agents.” In other words, don’t skip that coffee break.

The concept of wu wei encourages all of us to strike a balance between effort and deliberate inactivity, But play—which can mean different things to different people—is the practice of stepping away from work (while at work) to explore, grow, and have fun. Ara Katz, a Los Angeles-based film producer, entrepreneur, and Head of Creative at BeachMint, stresses the importance of play during the day: “I think of companies as school playgrounds. All companies need to provide some playing space.” Your company may not share the same philosophy, but that doesn’t meanyou can. Create daily moments of humor and pleasure during your day to add levity, decrease stress, and recharge your brain. For example, take a cue from design firm Frog and do a “slide battle” in your team meeting: two contenders competing against each other as they deliver ad-hoc impromptu presentations over slides they have never seen before.

6. Take a different approach to email

A 2012 study by the McKinsey Global Institute revealed that skilled office workers spend almost 30 percent of each day writing and responding to emails. The “rule” of productivity at many companies has bred an email culture in which we sign messages with only our initials (if we even do that at all), and use abbreviations such as “Thx” or “LOL.” “I am too busy to write my full name or use full words,” is what we really want to convey. “All this reinforces the idea that we are hyper-efficient, just-the-facts, it’s-all-business productivity machines—and we’re really not. This loss of etiquette means we also lose out on everyday opportunities to build robust relationships word by word that will ultimately make us happier on the job. Try the experiment of starting every email you write for a week with “Dear,” and asking a light question first. See what happens. Thoughtful acknowledgement can create lasting ties.

It wasn’t until I was older and had figured out how to break out of my shell of shyness during networking events that I had an important epiphany: We are all just waiting to be tapped on the shoulder! The more strangers I spoke with, the more I realized that my fear of being rejected or shut down was unfounded. And yet the thrill remained. Every time we talk to strangers, we not only get to know ourselves better—we reinvent ourselves a little bit. I’m a different person for having had many of the conversations with strangers that I’ve experienced throughout the years—and happier. Pledge to make the first move once a week or once a month. Send a gift to someone in your company or in your building whom you’ve never met. And then take them out to lunch.

8. Make a meeting a moving one

Meetings are inevitable during the workweek, but they don’t have to follow the typical format of sitting in a conference room—especially when the weather outside beckons. Physical movement gives us fresh perspective, keeping us more engaged than when we are sitting in the secure cocoons of our desks. Perhaps you can’t leave your building, or the immediate environment is not walking-friendly. It doesn’t matter—just walk and talk in a hallway or on the way to the break room. Keep a notepad handy or open a voice memo app to record noteworthy ideas or action items. It’s hard to be disengaged while in a moving discussion with a co-worker. Plus, movement boosts your brain power, as the molecular biologist John Medinanotes: the best business meeting has everyone walking at about 1.8 miles per hour.

9. Sit still and do nothing

And if all that doesn’t help, then just stay put. In his beautiful new book, The Art of Stillness, Pico Iyer claims that in an “age of constant movement” going nowhere is “the grand adventure that makes sense of everywhere else.” He cites singer-songwriter Leonard Cohen who calls sitting still “the real deep entertainment.” But it’s also hard work. Sitting still means ignoring your ever-present FOMO (Fear-of-Missing-Out), and it usually means being alone with your thoughts (which, apparently, is an uneasy thought: a recent study found that most people would rather be doing something, possibly even hurting themselves, than being alone with themselves thinking), unless you find somebody to do nothing with. Those are usually the colleagues who make you the happiest—and can even become your friends.

The key to being happier at work is not to be more productive and efficient than you are now—it is to create and participate in gestures, large and small, that create a “delight surplus.” This surplus grounds us while we are on the job, and reminds us of our shared experience, and most importantly, our humanity. And it’s the accumulation of countless moments of delight that ultimately add up to what becomes a full year of enchantment.