We need to build workplaces where you can lose without being considered a “loser.” 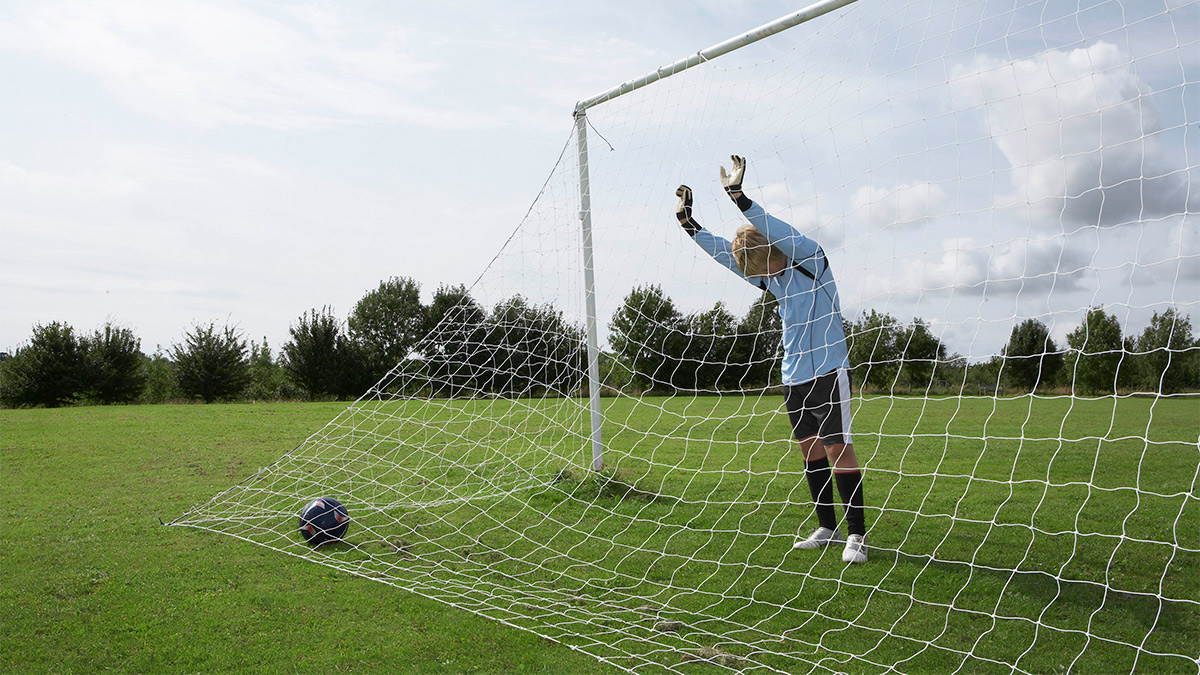 Leaders – whether in politics or business – are understandably focused on winning. To come out on top is an inherent human desire; it shows we have impact and yields both financial and psychological rewards. Countless management books preach about how to win customers, form winning teams, and beat the competition. Losing – control, face, status, job, power, wealth – remains anathema.

However, as this past presidential election cycle has shown us, leaders do need to learn how to lose graciously. Persistence is laudable but only up to a point. As a society, and especially in business, we must not just tolerate but embrace losses as experiences that can prompt change and growth. We need to build workplaces where you can lose without being considered a “loser.”

Here are four ways that leaders can demonstrate how to lose well:

Change your field of competition. Consider the politician, lawyer, and voting rights activist Stacey Abrams. After her defeat in the 2018 Georgia gubernatorial election, she could have tried to run for office again herself. Instead, she decided to redouble her voter registration efforts to help other Democrats, including Joe Biden, Jon Ossoff and Raphael Warnock, win their races, fundamentally reshaping the power balance in U.S. politics. Staying true to her mission rather than seeking personal recognition, Abrams re-oriented herself and won a perhaps more consequential victory in a different arena.

In business, Slack is a great example. Founder Stewart Butterfield and his team initially set out to build a massive, multiplayer video game called Glitch. When the project failed to gain traction, they pivoted to turn the internal communications tool they had built into a product instead. It became Slack, and was acquired by Salesforce last year for $27.7 billion.

Play to play. If you enjoy what you do and are working toward a purpose, you’ll care a lot less about who “wins” and “loses.” To understand this idea, it is helpful to review James P. Carse’s definition of “finite and infinite games.” Finite games end when someone wins, while infinite games go on forever because they are played for the sake of playing.

Leaders who play infinite games – defined by a sense of mission, a unique culture, and a cohesive team – are the ones who truly inspire. Take Ignacio S. Galán, the CEO of Spanish electric utility company Iberdrola, which made an early move to renewable energy and wants others to do the same.  Of course, Galán wants his company to grow faster than its competitors, but he also doesn’t mind if they copy Iberdrola’s strategy because he believes it will be better for society if they do. For him, protecting the environment is the infinite game. As he wrote in HBR, “Climate change has become a climate emergency, and we need everyone on board to fight it.”

Be willing to fail fast – or slow. Start-up culture led us to recognize the value of failing “fast” or “forward” in the name of risk-taking and entrepreneurship. There are now public get-togethers, where people share stories of professional failures.

But let’s not forget that losing can be agonizingly slow, with some heartbreak involved, and opportunity costs mounting up. When that happens to an individual, team, or organization, we need to make space for the associated emotions, including frustration and sorrow. This ensures greater psychological safety, which boosts collaboration, innovation, and productivity, paving the way to a strong recovery. Moreover, a study found that sad leaders often achieve better outcomes than angry leaders. Acknowledgement of negative emotions can also lead to more fruitful performance reviews; in an atmosphere where people feel free to not excel at all times, at every task, people might actually have more meaningful conversations that further personal and professional development.

Know when to surrender: A defeat is an opportunity to show vulnerability and humility. As presidential historian Doris Kearns Goodwin suggests, the secret star of any election night is the loser who gives a graceful concession speech remembered forever, like the late John McCain in 2008.

Leaders need to recognize when their actions are being driven more by an impulse to maintain the upper hand than a genuine desire for positive impact. They should understand when their “victory” is hollow or short-term or has come at too high a price. Countless corporate scandals, from Enron to Wells Fargo, illustrate the dangers of trying to win (that is, maximize revenues) at all costs. Consider instead a company like Dick’s Sporting Goods, which estimated that its decision to pull guns from its stores would result in a $150 million hit to revenue, but did it anyway.

It is also important to understand when events are out of any one individual, team, or organization’s control. Leaders manage what can be managed, but for all those things that cannot, they should know when to surrender. Numerous retail and restaurant companies have had to declare bankruptcy as a result of the Covid-19 pandemic, and yet many are doing so with the knowledge that it might allow their employees and executives and even their brands to carry on. When Friendly’s announced it would restructure while still keeping its 130 owned locations open and preserving jobs, CEO George Michel said, “We believe the voluntary bankruptcy filing and planned sale to a new, deeply experienced restaurant group will enable Friendly’s to rebound from the pandemic as a stronger business.” All of its 130 company-owned locations are expected to stay open and jobs will be preserved.

All of these suggestions imply a key ethical reflection: What kind of loser do I want to be?

In organizations, over the next few years, many of us will lose the status markers that we once used to assure ourselves we were winners. Hybrid workplaces and flat, networked organizations will be tough on our egos. The consequences will be material, too: We will see many jobs disappear, and employment cycles shorten. Many of us will find ourselves at a disadvantage competing for maximum efficiency with ever smarter machines. That’s not pessimism on my part, just the facts of the future of work in a volatile and uncertain world.

But if we think differently about winning and losing – switching up the arena in which we play, embracing the infinite game, allowing ourselves the time to recover from defeat, and sometimes surrendering when we’re no longer achieving greater good or facing circumstances beyond our control – we will lead more satisfied working lives. And go on to win or lose another day.

This article was first published by Harvard Business Review.