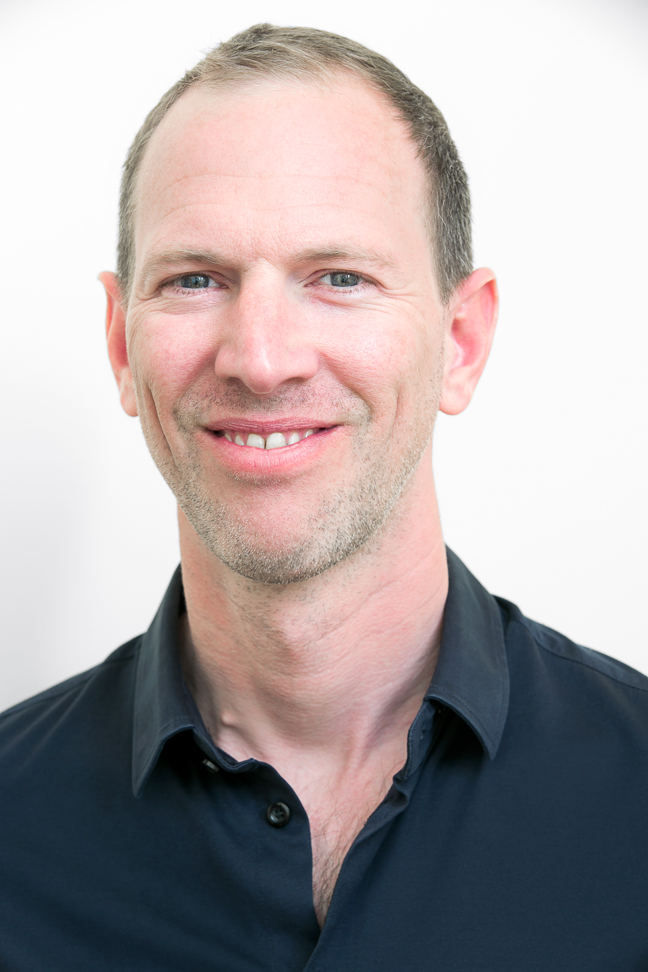 As advance press chief for the Athens Olympic Torch Relay in 2004, Tim Leberecht got a taste of how it feels to be emotionally fulfilled and thrilled at work. Ever since, he’s pursued a career he’s passionate about, one that transcends the daily tasks and connects to something much greater. Now, he’s on a mission to help others do the same through his new book, The Business Romantic. We caught up with Tim to ask what inspires him, what road bumps people hit in their careers, and what he recommends as a first step in finding work you’re connected to. Read on, and you’ll feel like going for the gold in your own career.

1. You point out that, according to a 2013 Gallup poll, only 13 percent of employees worldwide are fully involved and enthusiastic about their jobs. (That’s a really low number!) So what do you think is really going on?

It is indeed a really low number. It means that only one in eight workers worldwide is likely to emotionally commit to their job and make a positive contribution. And according to Gallup, 24% are “actively disengaged,” which means they are unhappy and unproductive at work, and liable to spread negativity to coworkers. This is even more concerning in light of research that shows that intrinsically motivated workers regularly outperform those who are driven mainly by extrinsic motives. We also know that compensation is not necessarily the top factor of employee engagement. Meaning and a sense of purpose are becoming increasingly important, particularly for millennials, and companies pursuing a clearly articulated vision fare better in attracting and retaining talent. Benefits, work-life balance, and perks matter as well, of course

But I believe that there is a third dimension beyond purpose and policies that we ought to pay more attention to: the thrill of the everyday work, a sense of adventure and risk-taking, moments of unexpected beauty, of intimacy and raw authenticity, interactions or projects that transcend the mere task at hand and point to something greater. I call it the romance of work.

2. What was the moment when you realized you could help people address this lack of engagement in their jobs?

Two moments in my own career were pivotal for me: one occurred in 2004 when I worked as an advance press chief for the Athens Olympic Torch Relay. I traveled with the flame for six weeks to eight former Olympic host cities—from Tokyo to Munich to Montreal, and also for the first time, Cairo—and it was an incredibly moving experience. I was right at the heart of the tension between extreme commercialization and the romantic Olympic idea of peaceful competition between nations. I realized that the intensity of emotion I felt during the relay was exactly what I wanted to feel for the rest of my career, and I began to identify the design principles behind emotionally fulfilling work experiences.

The other moment was when I ended my tenure as chief marketing officer of an IT outsourcing company with a predominantly India-based workforce. I had been tasked with supporting a merger with a small creative firm but was quickly humbled by the challenge. It truly was a mission impossible to marry the engineering mindset of my Indian colleagues with a quirky creative culture. And yet, it was one of the best professional experiences of my life, with indelible memories. This was encouraging and validated for me the importance of the journey, the underestimated weight of small moments of attachment that can often have a stronger impact on shaping our professional narrative than just the bullet points on our resume.

4. In your own career, when did you feel most engaged and inspired?

I feel the most engaged and inspired when I forget why I’m engaged and inspired — in other words, when I forget everything around me. This happens whenever I stretch my wings and push myself outside of my comfort zone. The sweet spot for me has always been when you do the right thing, and it also feels good. An impossible deadline. An important presentation. A big launch. A critical campaign. I feel alive when I have skin in the game.

For one, I don’t think I could have worked for a company in whose mission I didn’t believe. But the charisma and convictions of a CEO or your direct superior are also really important. I find it hard to work for a company that is poised to change the world when your manager isn’t able to convey that ambition to you in his or her day-to-day interactions.

The founder of Frog Design, Hartmut Esslinger, once gave me some good advice: “To learn about business, go to the opera.” His point was to understand business as a human enterprise with all the drama, conflict, and emotions it entails, and to look to the arts and liberal arts for true insights and revelations rather than the often narrow confines of the business curriculum. Steve Jobs made a similar point, emphasizing how important the humanities were for Apple’s philosophy.

6. You summarize the “9 ways to be happier at work“ on your website. Is one of those ways more effective than others as a starting point for most people?

What I would encourage people to do though is to view business through a more humanistic, more romantic lens. It is the inherent logic of business to minimize risk, eliminate vulnerabilities, and aim for maximum consistency and predictability. These, however, are all qualities at odds with romance. The result is often deadening routine after the magic of the beginning is gone–and, in fact, studies show that the average knowledge worker loses his or her initial enthusiasm after about six months on the job. That’s why countering the business impulse to formalize and replicate is key. Go to the office every morning with the intention to make the familiar strange again! Make some small adjustments, constantly. My book proposes a series of specific “hacks” and techniques that help you do that.

7. Which of your recommendations do people seem to have the most trouble implementing?

Apparently, the most difficult thing for us to do is to do nothing! Studies have shown that, surprisingly, we’d rather feel mild pain, in fact, receive moderate electro shocks, than being alone with our thoughts. These days, many of us suffer from FOMO (Fear-Of-Missing-Out) and are victims of digital overwhelm and distraction, not to mention the pressures stemming from the sense of 24/7 global competition instilled in us through social media. There’s always someone out there who seems to be more connected, more successful, more talented, and more fulfilled. Whatever we do, it’s never enough. In this climate of hyper-connectivity and hyper-productivity, it is has become very hard to just sit still and think. Businesses don’t seem to reward us for it, but I would argue that it is a critical virtue. The ability to embrace solitude is not only a key ingredient of a meaningful life, it is also the quality of a great leader.

8. What would you say to someone who views their day job as a way to pay the bills, and their passion lies elsewhere?

First of all, it is important acknowledge that not everybody has the privilege to pursue the romance of work. Without a certain degree of autonomy over how you design your work schedule it’ll be more difficult if not impossible. But since we spend up to 70 percent of our waking hours working, I would suggest that for many of us the time we spend at work is a major part of our identity, of our lives. “Work is where we make or break ourselves,” the poet David Whyte once wrote. There are a lot of moments between the top and bottom line that add up to the story of our life, so it’s worth considering what we do with them. Why should we check our hearts and dreams at the door of the office?

9. What advice do you give to college students and recent grads to find a career that inspires them?

It’s a given that you must do something that you love and join an organization whose mission you believe in. But there’s more: Find work that consumes you. Ask yourself two questions: Where can I be vulnerable and still be rewarded? What is the one thing that only I can give to the world? Find the work that allows you to give it!

10. How is your own approach to your work evolving now?

While researching The Business Romantic I learned about so many different concepts of work and what it means to have a “career.” I’m fascinated by the idea of the hybrid solopreneur who plugs into the structures of organizations, works across platforms, and makes a fulfilled living. I believe we will start to see less formality in business and more professional communities driven by purpose and passion. NBBJ, the company I work for, designs headquarters for leading tech companies such as Amazon, Samsung, and Tencent. These companies and other clients of ours have begun to incorporate this new informality in their work spaces. They ask us for more friction, more serendipity because it spurs innovation.

It is an exciting time because there are so many more options now, but it’s also a bit frightening because there is no longer the one reassuring narrative shaping our careers!